7 Most Dangerous Hiking Trails In The World

We all love vacations. Personally speaking, I am a fan of trekking. But that doesn’t mean we should, fortunately, be falling into some of them listed here. There are thousands of hiking trails that can possibly fall under the category of being dangerous. A trail that just messes up life is something more to be concerned about. There should always be safety measures considered before thought of stepping into any of the dangerous hiking trails. We have gathered the 7 most dangerous hiking trails and trekking zones in the world that should be idealized twice before stepping.

Angel’s Landing is simply lethal as you think. First sight at the hiking trail messes my mind personally speaking. Located in southwestern Utah, Angel’s Landing was previously known as “Temple of Aeolus”. Additionally, the hiking trail is made of a total of 1,488-foot tall rock formation. Further, due to the dangers imposed in the hiking location, a chain was installed for balance in 2018. This installation happened after a storm in 2018 damaged the rock step formation. About 9 people have died due to hiking the trail since 2004. 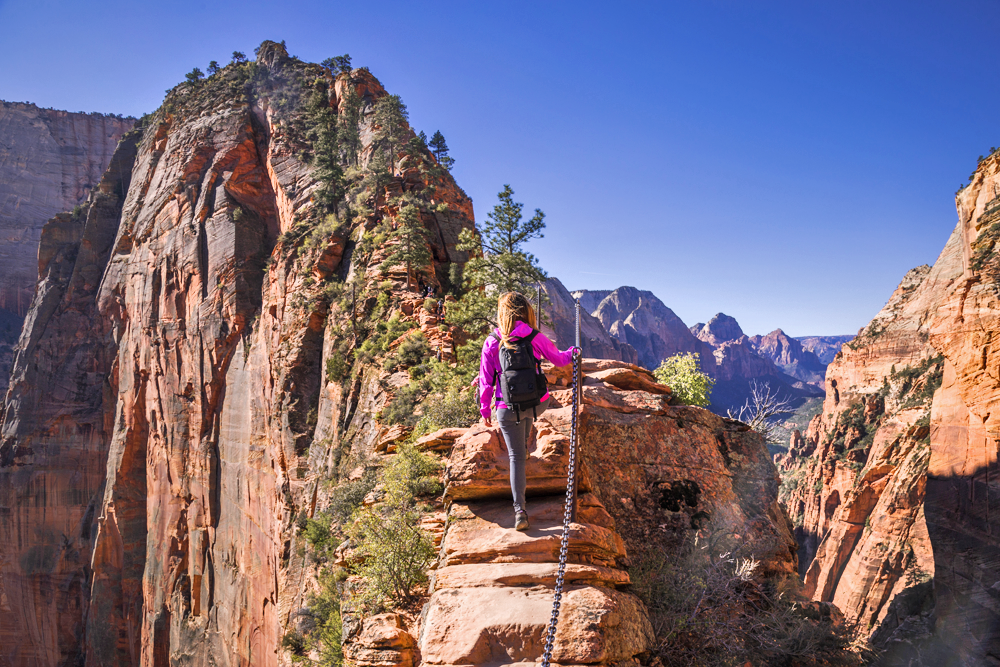 Mount Hua Shan is one of the most renowned and dangerous hiking locations of all time. Located near the city of Huayin in the western mountain of the Five Great Mountains of China. The mountain involves a great religious significance. There is a dangerous path that will take you through the mountain top. This route was initially prepared for religious purposes, which is still alive.

But this has turned out to a famously dangerous location for hiking. The local government has installed new tracks on the mountain with chains for support which still accounts for being the dangerous paths in the world. The track can just accommodate a single person who should be followed by another. At some point, the wooden paths are broken where the tourists would require using ridges to pass-by. 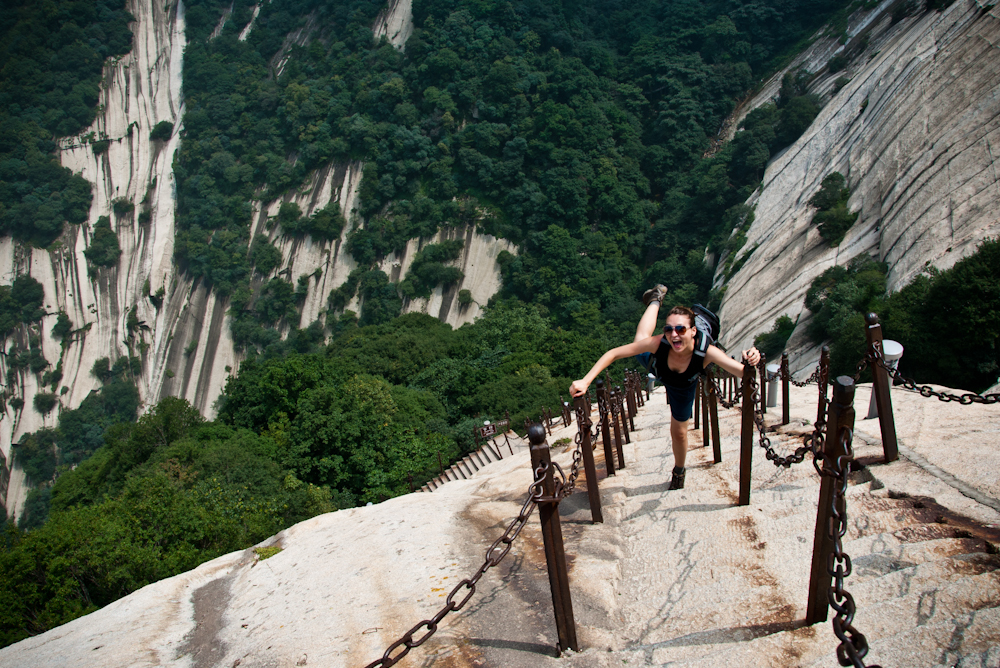 The Maze is considered the most famous location for hiking. In fact, the location can be much more ruthless than you think. The intent of the place is very straightforward, “The Maze”. A perfect place to just get lost and wander around again and again. Located in Utah, United States, the place is not a joke and cannot be considered for inexperienced hikers. A proper map should be the only way to get back out once lost in. The place has many dead-end canyons and thick rock-jungle. Once lost and without a map, there cannot be a better nightmare than The Maze. 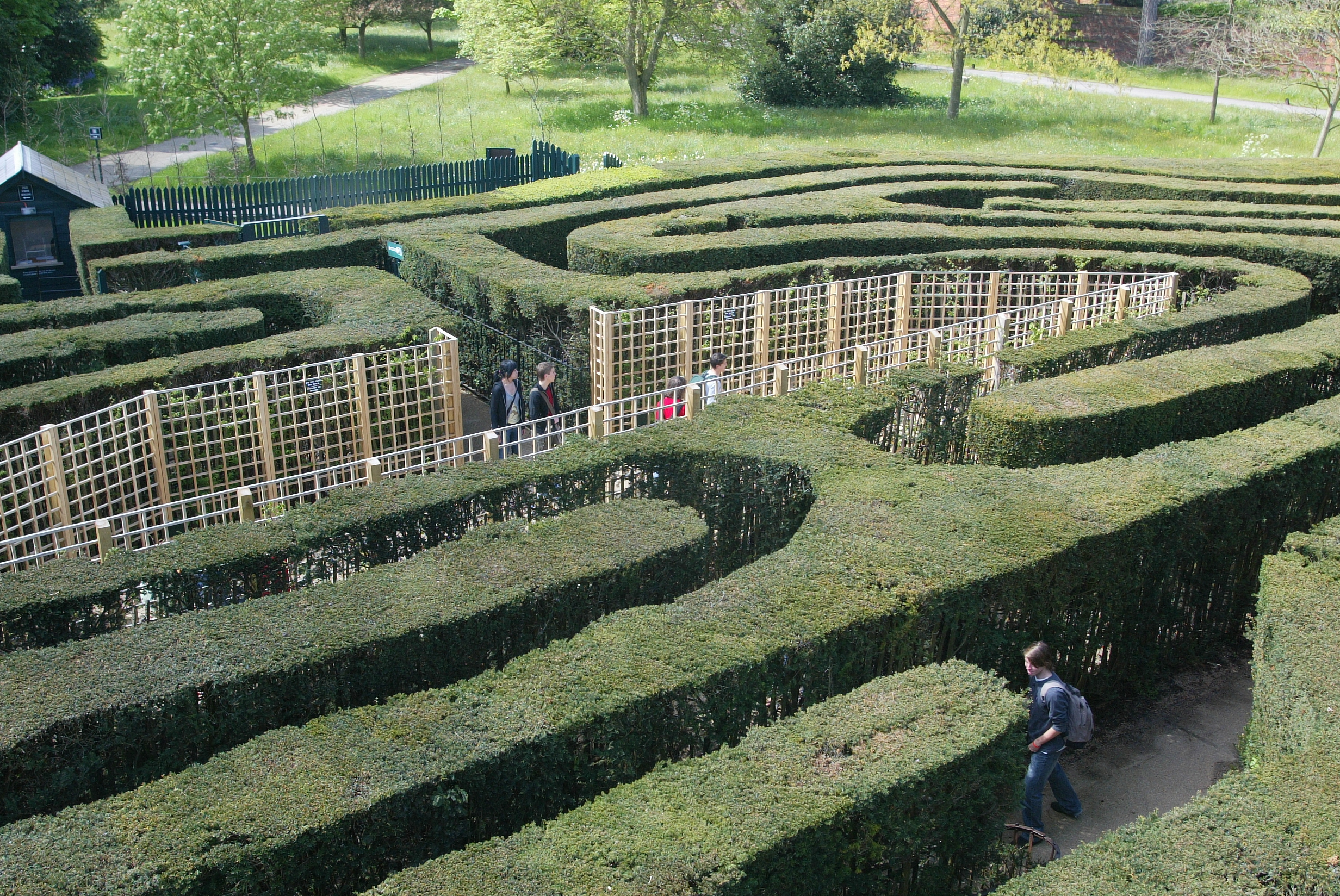 Drakensberg Traverse is considered one of the roughest trekking spots in the world. Located in South Africa, Drakensberg Transverse happens to be chosen by many trekkers for an incredible hiking experience. The range of the trail is estimated at about 240 km. Further, the ridges, rocks, and rugged paths makes it highly dangerous while trekking. There are facilities for hikers to hold on the chain ladders. The ambiance and view from top of the hill is simply mesmerizing. 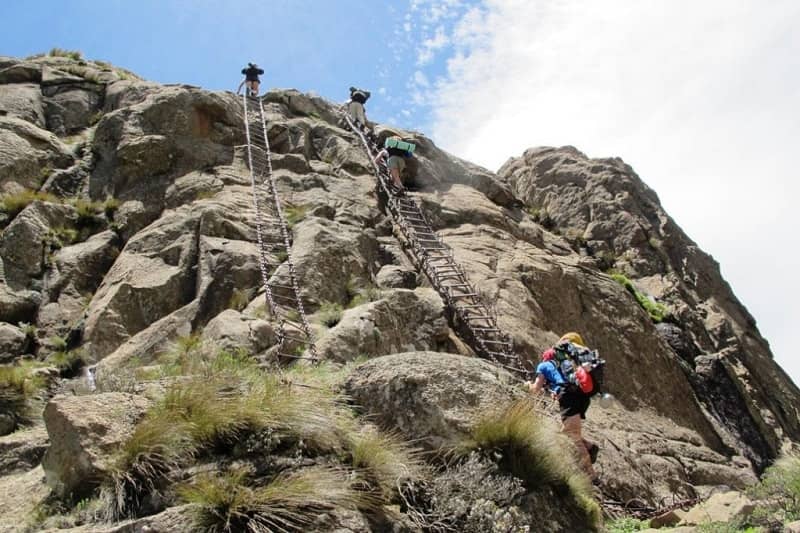 Also known as “Zanskar Gorge”, the Chadar Trek falls in the premises of the Indian union territory of Ladakh. The complete trail is on ice and snow, which stands unique on this list. A winter trail that grabbed the attraction of international adventure tourists. Additionally, the best-chosen time by trekkers is between January and February. It can become very much tedious in the middle of the hike as the temperature can drop as much to -35 degrees. Finally, if you are a bad-ass adventurer with complete soul-energy, then Chadar Trek would be the best spot. 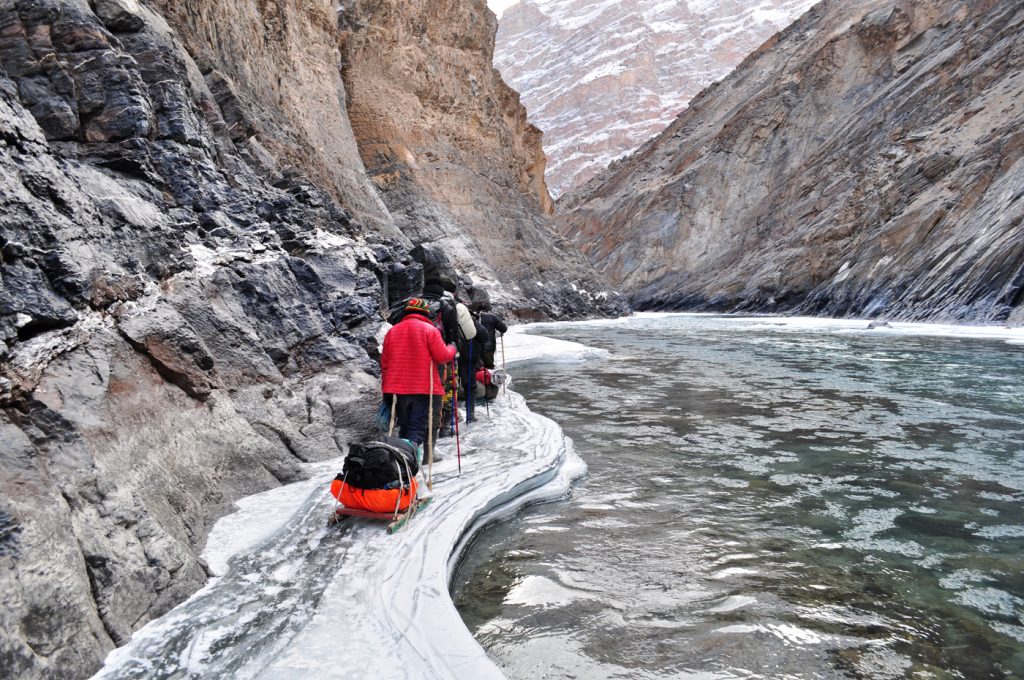 Bright Angel Trail is a menacing hiking trail located in Grand Canyon National Park in the United States. The highest point of the trail is estimated at 2,090 meters. Additionally, the park had a rough history to accomplish legal authorization to operate as a hiking trail. Further, the Bright Angel Trail came under the Grand Canyon National Park Service in 1928. Some of the common dangers encountered while hiking includes flash flooding, sudden rainstorms, dehydration, rockfall, and scorching heat. Intensive switchback makes it really hard for hikers and could probably leave them injured and bruised. 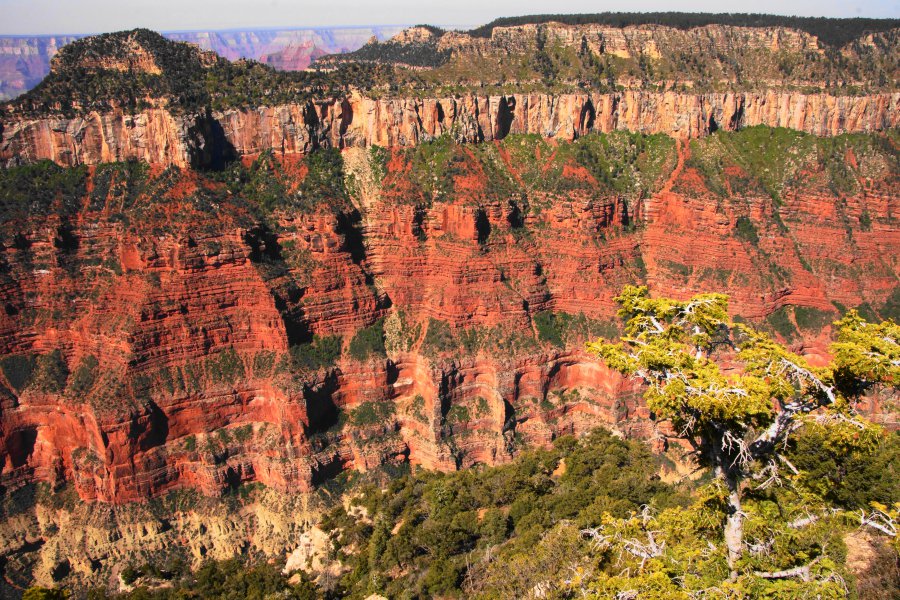 There are some hikers who require exactly as the El Caminito del Rey pinned paths. Located in the provinces of Malaga, Spain, the name refers to as “The King’s Little Path”. Further, the hiking location is so much ruthless that it was responsible for five deaths in 1999 and 2000. Additionally, the hiking trail was partially closed for over a decade until the advanced renovation in 2015. The renovation work was finished in 2015, however still stands a toss on being one of the most dangerous. 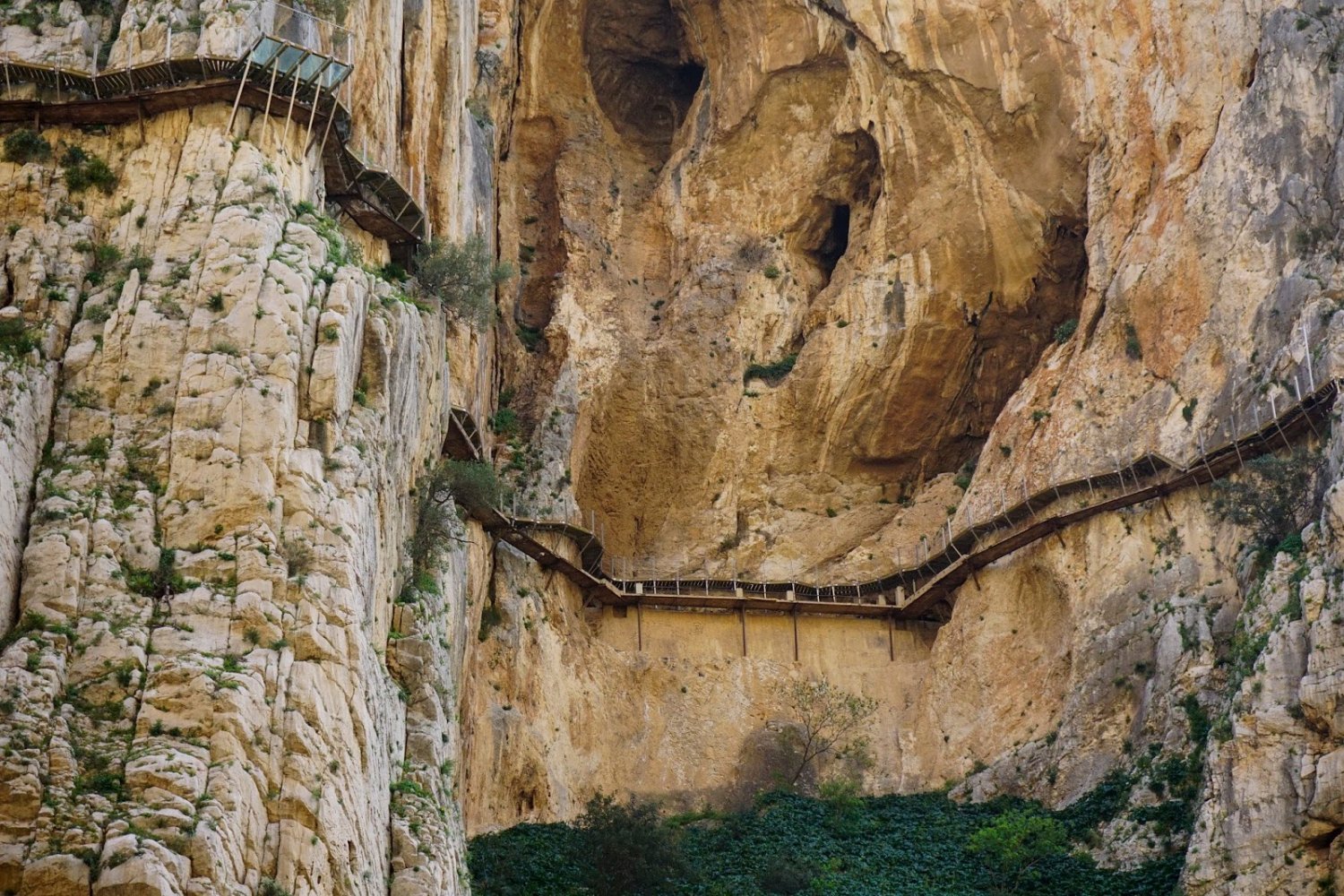