Planet Earth is home to more than one million different species. We are all familiar with dogs, cats, birds and bees but have you heard of fish that change gender or crabs that climb trees? The animals in this list are truly out of this world and will not fail to blow your mind. Here are 7 bizarre animals you ought to know about:

This giant-nosed prehistoric shark is unlike any of its kind and is easily counted among the most bizarre animals you need to see. Goblin sharks are rarely sighted as they live in the depths of the ocean (300-4000 ft below sea level) so not much is known about this mysterious beast. A goblin shark can grow up to 10 feet in length and weigh more than 450 pounds. It has the remarkable ability to extend its jaw to the size of its snout which is quite useful for catching prey. Its front teeth are sharp and thin, for grasping and tearing flesh, while its back teeth are flat and wide, for crushing hard shells and bones. 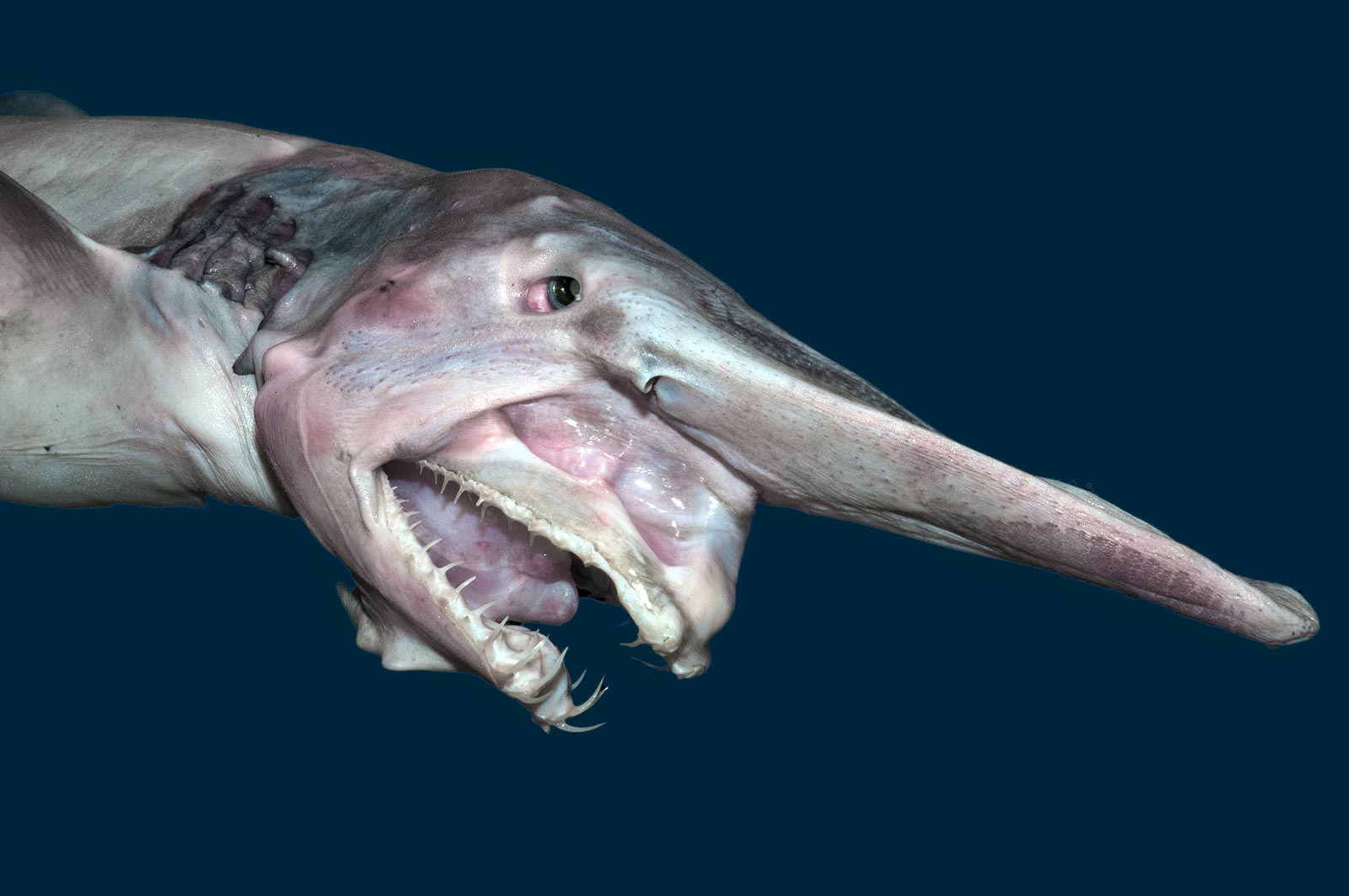 Meet the largest arthropod on Earth! These incredible creatures measure up to a meter in length and weigh almost 4 kilograms. They grow continuously throughout their lifespan and can live to be 30-60 years of age. Coconut crabs are found on small, tropical islands situated in the Indian and Pacific ocean.

The Crab is among the most bizarre animals on our planet and it lives in underground burrows covered with coconut husks. Although they spend most of their time on the ground, these crabs are capable of climbing palm trees that stand 33 feet tall. While on the tree, they break open coconuts with their massive claws, and fall to the ground. They can withstand falls from heights of 15 feet without sustaining any damage. Coconut crabs eat a variety of fruits, including coconuts, but also eat other small crabs and dead animals they encounter along the beach. Although resilient creatures on land, Coconut crabs will die within just one hour if they are left in water. 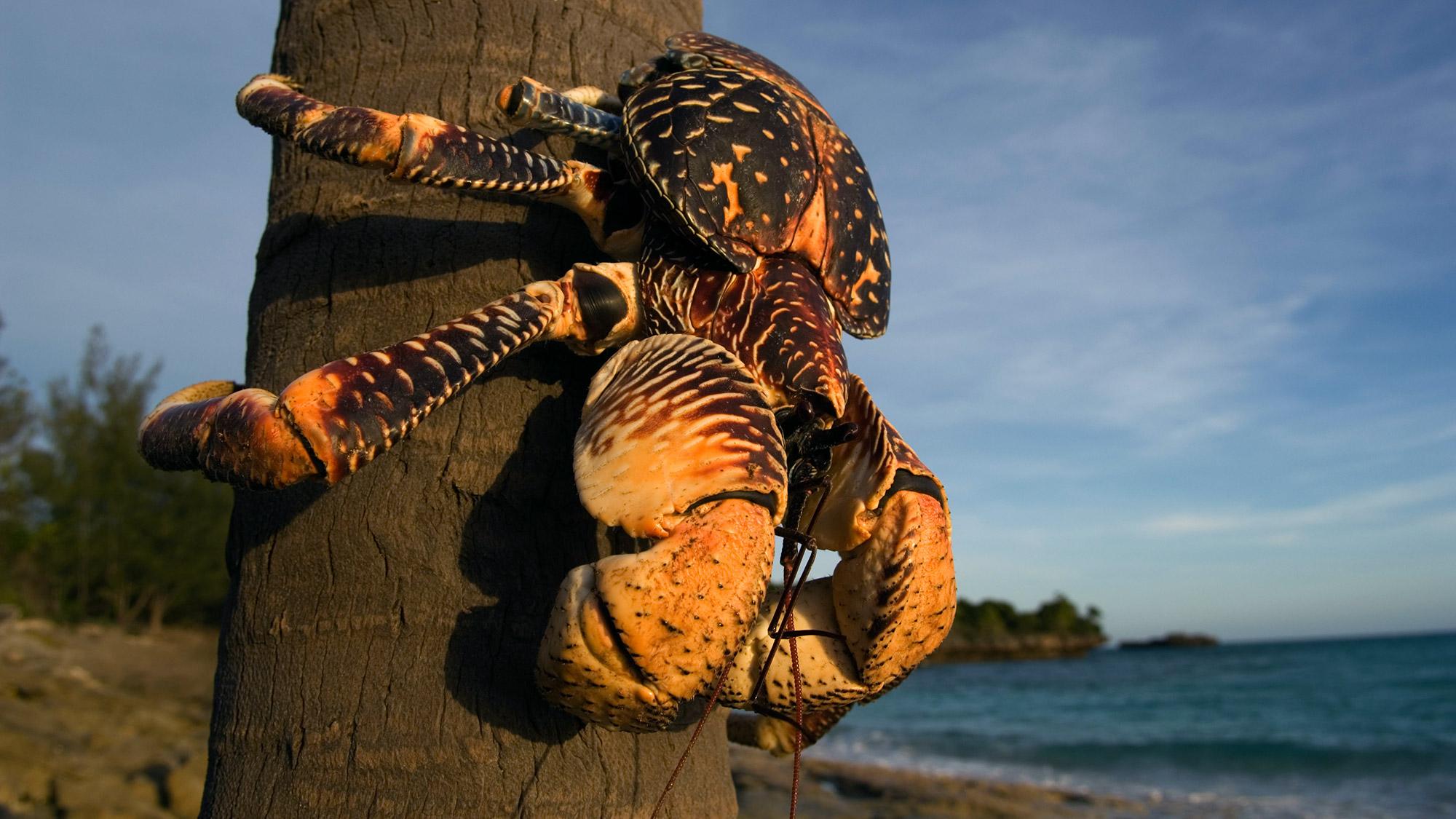 Unfortunately, this creature is not a real-life Pokemon. It is however a poisonous sea slug that spends most of its lifetime floating upside down in the ocean. It is able to float by swallowing a large bubble of air which it stores in a specialized sac in its stomach. With the help of a muscular foot, it is able to withstand the surface tension of the ocean. Although sittings are rare, it can be found swimming in the waters surrounding Australia and South Africa.

A Glaucus Atlanticus is capable of killing animals several times larger than itself. The Blue Glaucus, being immune to most toxins, is able to collect the venom of Portuguese man o’ wars, from their tentacles that grow to 30 feet in length. The Blue Glaucus stores this potent poison from Portuguese man o’ wars in its wing-like arms until it comes across its next victim. 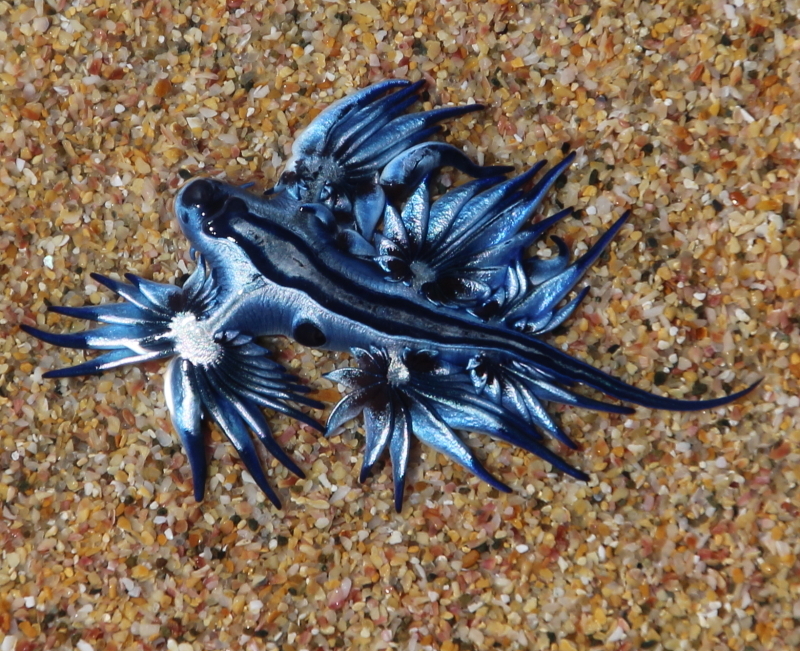 Before reaching adulthood, a young Planthopper, also called a Planthopper nymph, will display colorful, fiber-optic like threads from its behind. The Planthopper nymph is quiet rightly among them most bizarre animals. These fabulous fibers, composed of a waxy substance excreted from the Planthopper’s abdomen, also help the nymph glide as it hops from leaf to leaf. They also protect the young Planthopper from predators by making itself appear too beautiful to be edible! These babies move with quick, abrupt hops to get from leaf to leaf. They are found in rain-forests all over the world. However, because these insects are so titty bitty, not much larger than a particle of dust, they are difficult for us to find and observe. 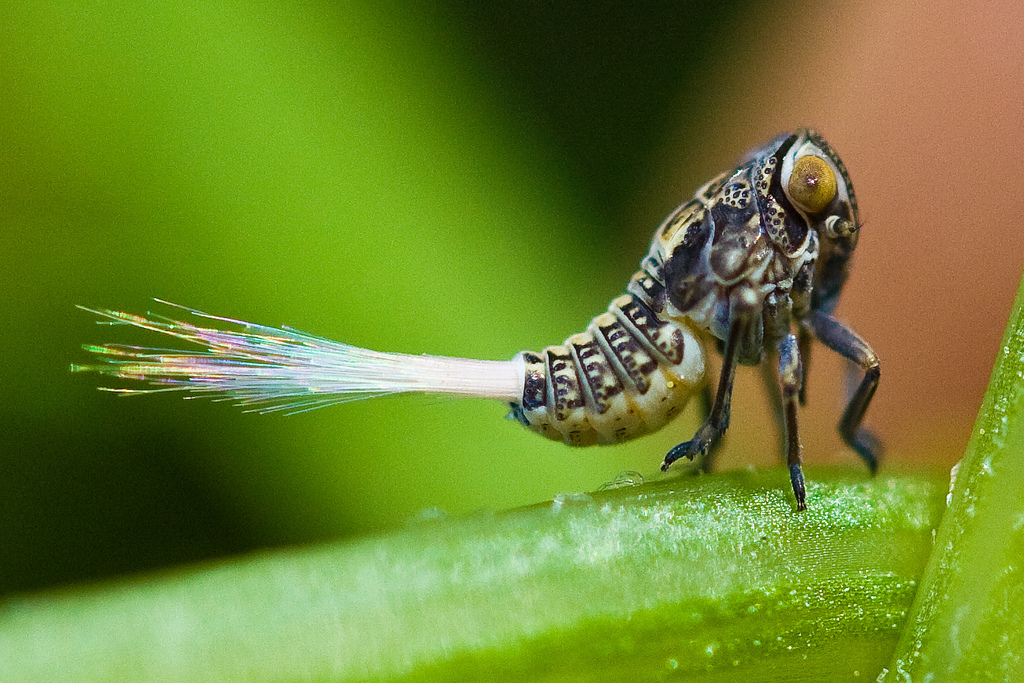 This camouflage master is extremely well disguised by its leaf-like green and gold projections as it floats through the seaweed-filled ocean waters. In contrast to most species, it is a male seadragon that carries babies! A female will unload as many as 200 eggs into the male’s pouch, where they remain for a period of about eight weeks before hatching. This creature is one of the most bizarre animals o Earth and its stomach-less and toothless and feeds solely on mysidopsis shrimp and plankton. 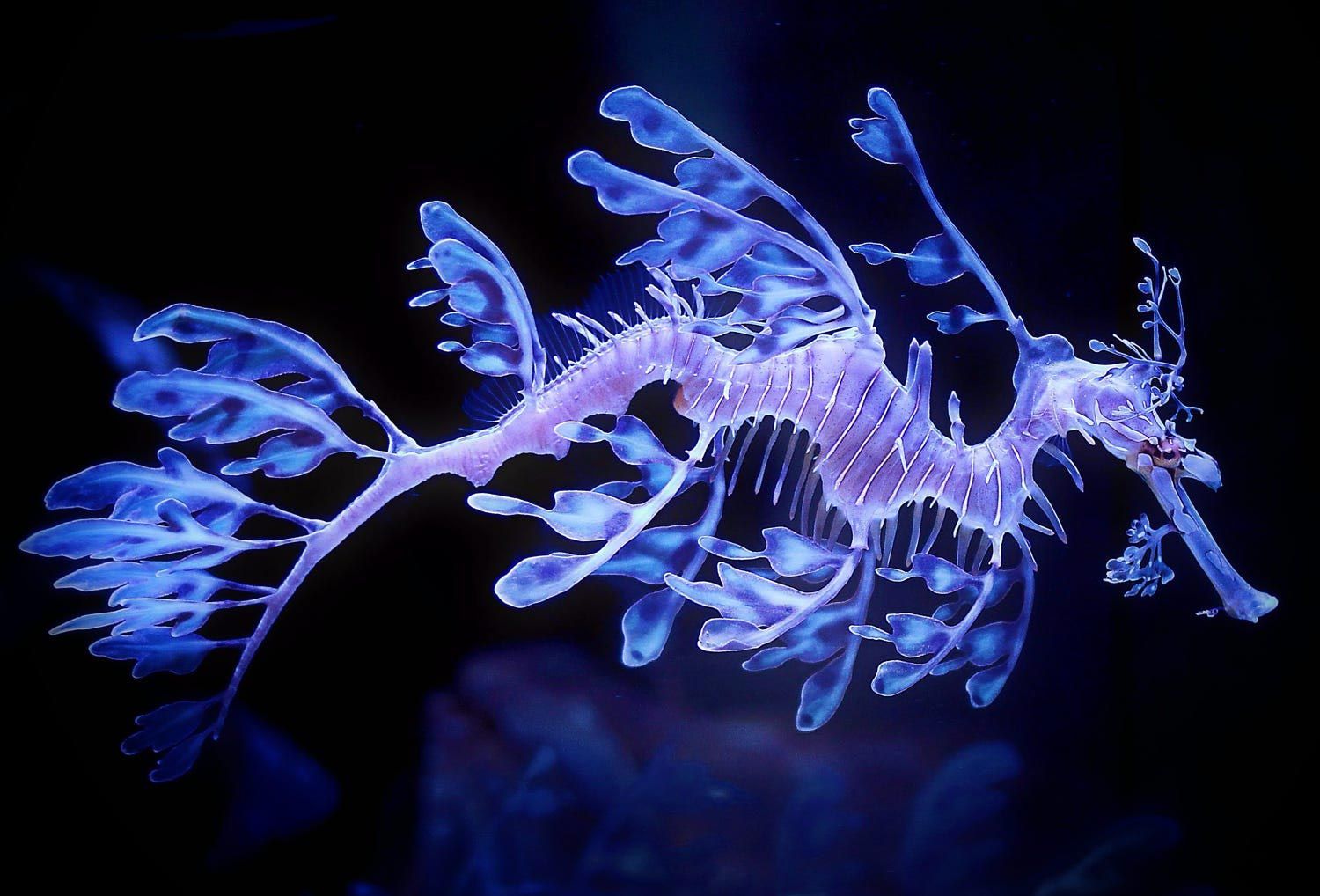 Also known as ‘Euspinolia Militaris’, these “ants” are actually an endangered species of wasps. They were discovered in 1938 in the coastal regions of Chile and have not been found anywhere else in the world so far. They lay more than 2000 eggs annually but only a fraction is able to survive. Due to their unique black-and-white pattern, panda ants stand out stand out to predators making them an easy target. When they are fully grown, panda ant’s measure up to 8 millimeters long and can live to be two years old. 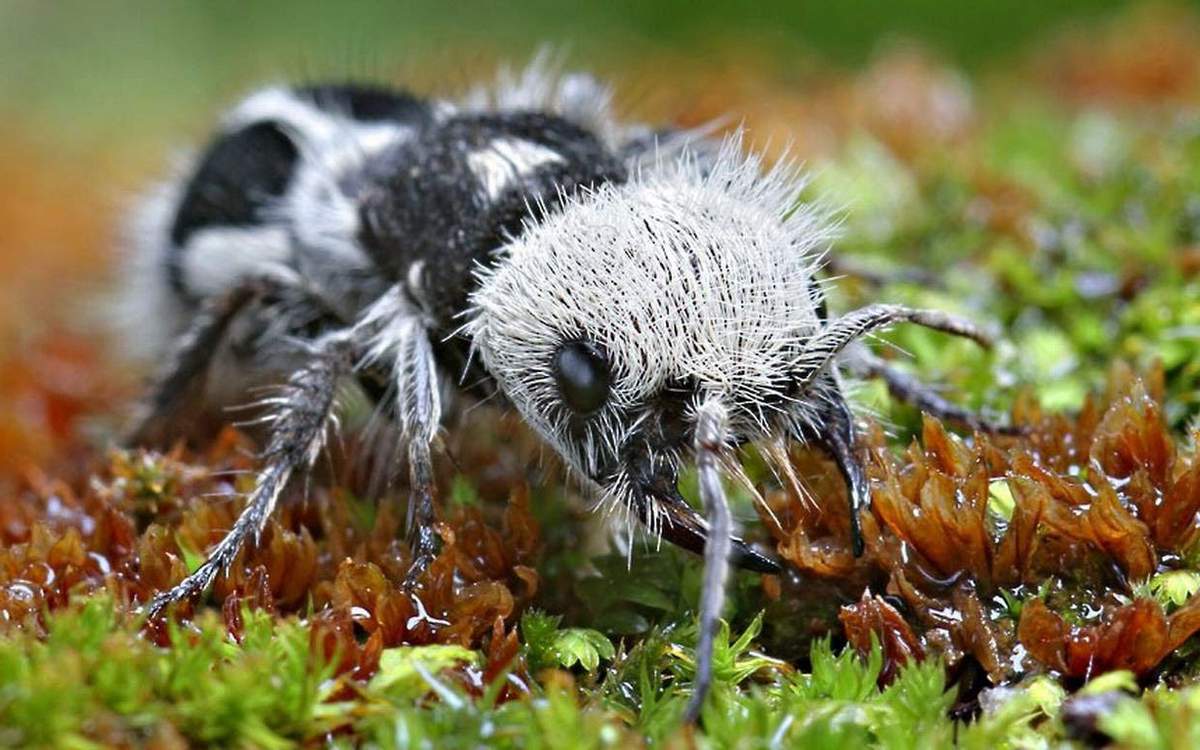 This magnificent prehistoric looking animal can be found among African swamps from Southern Sudan to Northern Zambia. A Shoebill bird is among the most bizarre animals on our planet and can grow up to 5 feet tall with a maximum wingspan of 8 feet! Its razor sharp beak can be up to 24 centimeters in length. This massive beak is ideal for catching fish, frogs, turtles and baby crocodiles. 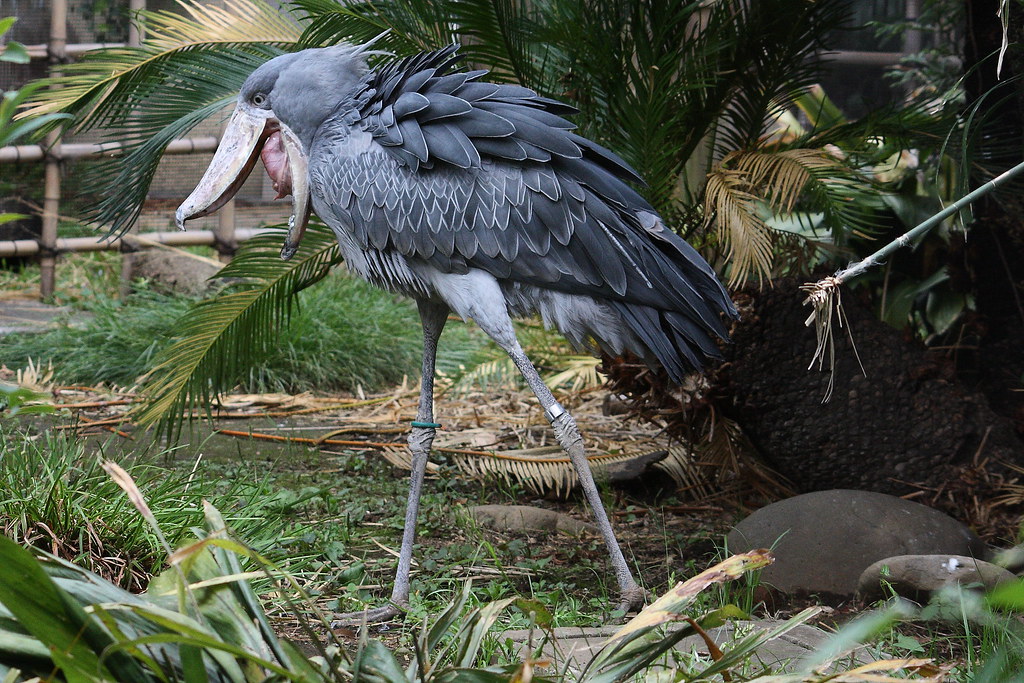