7 Weirdest Medical Treatments In The World

Holistic Health Practitioners  suggest relieving people from all diseases almost. Sometimes they offer the most unusual methods of treatment. But, are these methods safety enough to use? Learn everything about this!

The assistance of pets and animals in certain diseases treatment comes from the ancient periods. At the end of the XVIII century, there appeared a definition of «canistherapy» in psychiatry, which suggested treating the patients by communication with the dogs instead of straitjackets. Soon, the doctors started noting a serious decline in patients’ aggression. 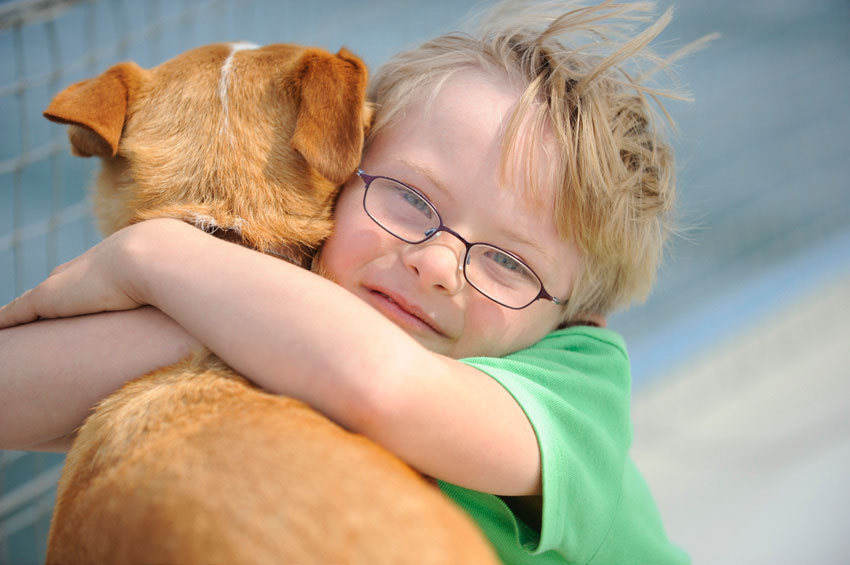 Zootherapy didn’t lose its popularity either. For example, Dolphin therapy helps in the treatment of severe trauma; hippotherapy (riding and communication with horses) successfully neutralize the consequences of child cerebral palsy, polio, arthritis; apitherapy, that is bee venom therapy, relieves the symptoms of varicose veins and multiple sclerosis.

The Psoriasis Treatment with Fish

There is an interesting method of treating psoriasis, the unpleasant skin disease covering all body with pink scaly plaques, in the Turkey. The practitioners prepare the bath that is filled with the alive fishes of a special small kind of carp family, Garra Rufa. After that, the patient is offered to take the bath and wait until fished would eat all ill skin. Many resorts also offer the popular fish foot massage (ichthys massage), suggesting the same Garra Rufa eating the rough feet skin. People share an experience of this massage as a quite pleasant feeling with a light tickling. 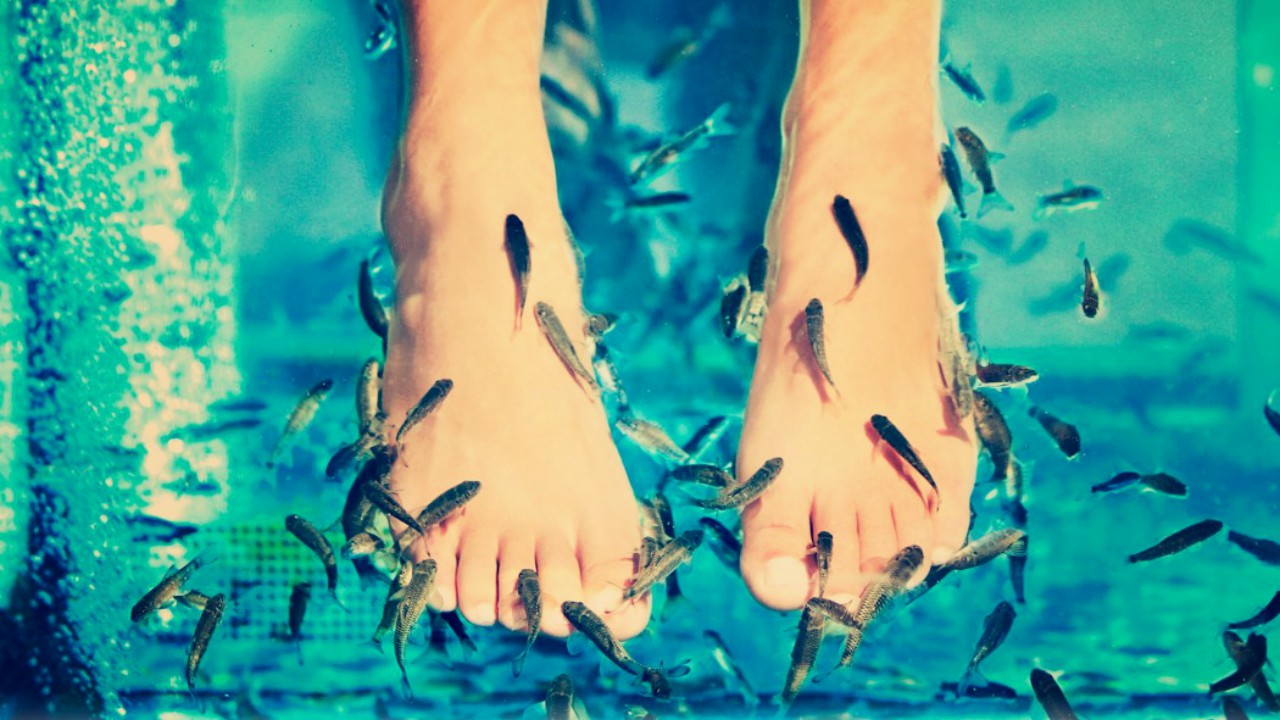 Fly larvae grow, feeding with dead flesh and all sorts of carrion. The ancient physicians noted this feature, began to use maggots to cleanse wounds rotting. Nowadays, we can see the increasing of interest in this seemingly medieval method of treatment. This is explained by several bacteria strains that gained resistance to antibiotics. Nevertheless, the microorganisms can’t survive in the surrounding of the voracious maggots. This is a paradox, but the larvae of flies, which are almost the dirtiest insect, are not contagious. 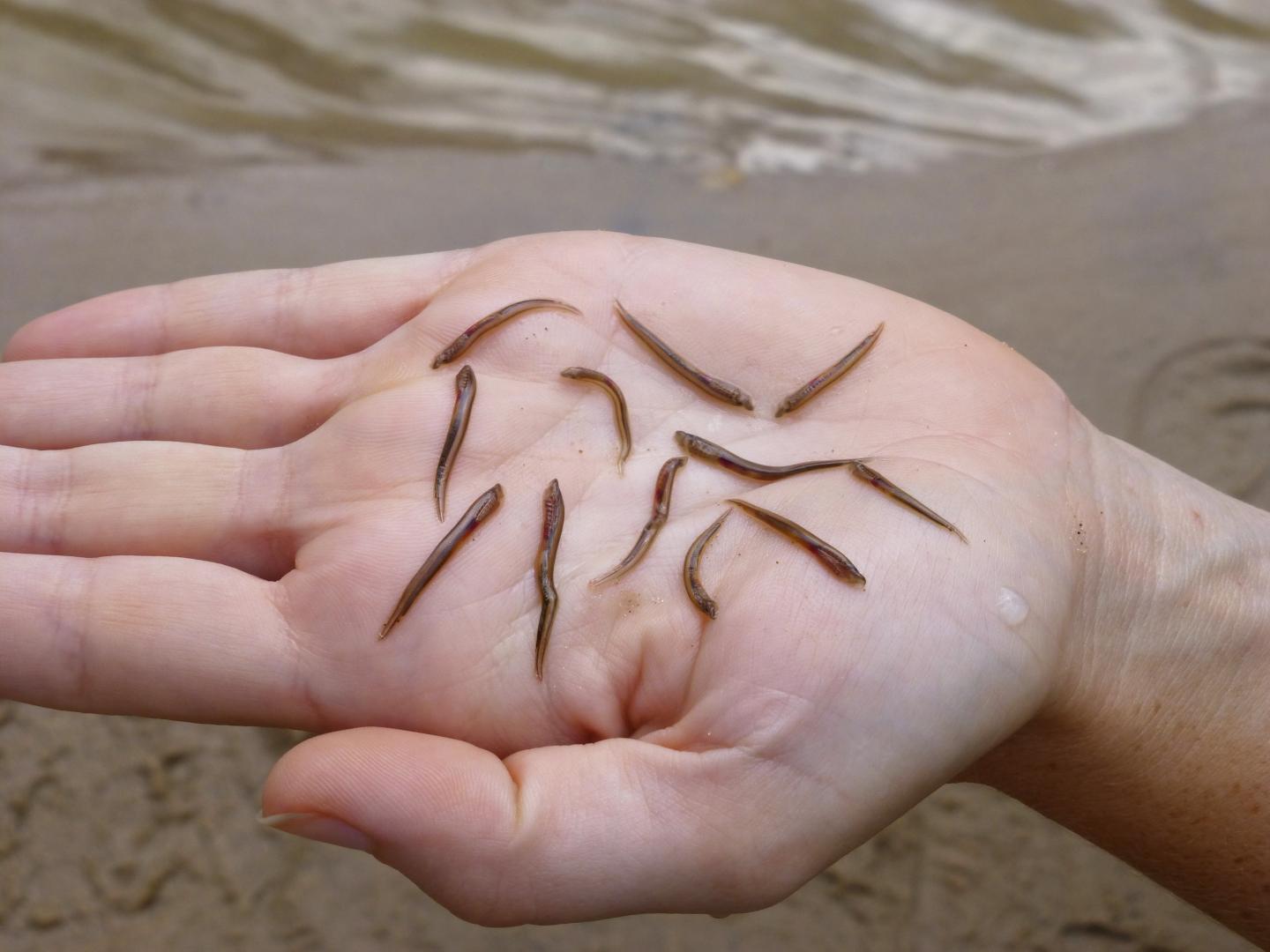 There is a category of HHP, who see human waste products like urine and feces as the best medicine. According to such urine therapists, urine and feces can cure cancer, diabetes, cardiovascular disease, asthma, and allergies. Of course, the practitioners suggest using these products orally only. The scientists didn’t prove the effectiveness of these methods officially. Though, these therapies exist for thousands of years. Feces therapy goes far back into antiquity. People said about the benefits of excrement eating in the ancient Indian Vedas. The Vedic sages claimed that the life force goes out of the body along with the feces and it is possible to return it by eating it back only. 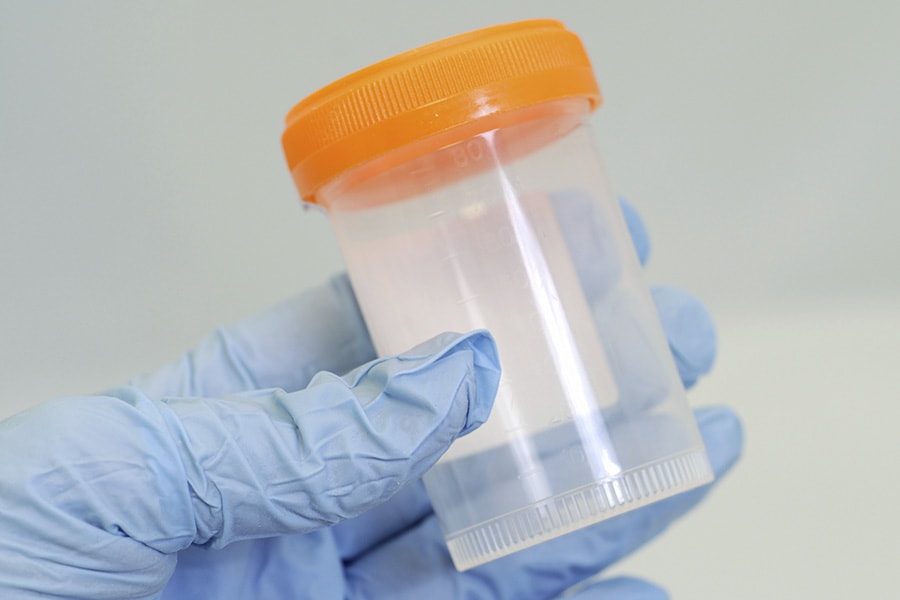 A famous fairytale hero Duremar turned to know a lot about medicine since he preferred leech therapy to other methods of treatment. Hirudotherapy as the larvae therapy is a very unpleasant procedure, but many experts do not hurry to write it off as a fail method. The essence of the medication is to allow the leeches to drink your blood after sticking to the body. The little vampires improve and restore the blood flow and purify the blood in the human body. 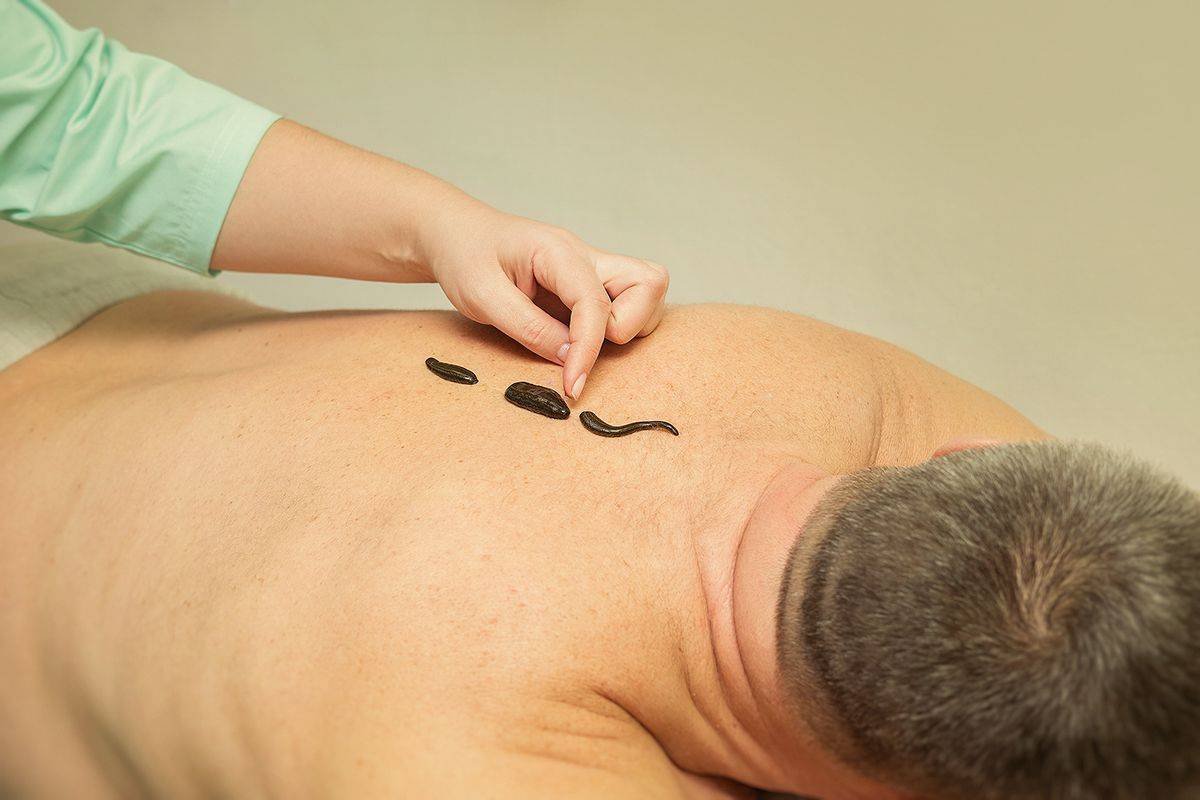 Various severe medical treatments come to us from the dark Middle Ages, when everything unknown, including diseases, automatically attributed to Satan. As a result, such thing ought to be destroyed using the most uncompromising ways. However, some modern doctors went even further than their predecessors... 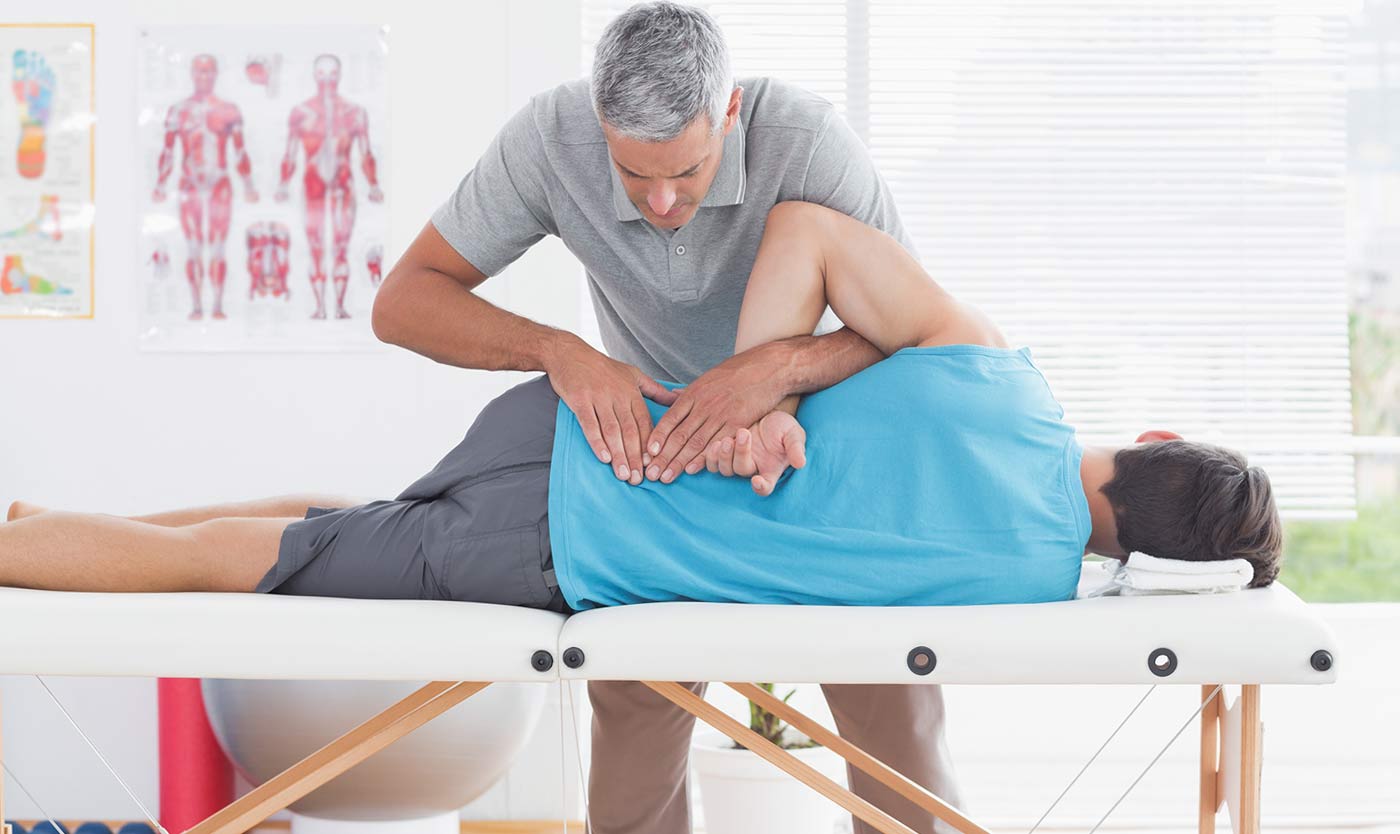 It was uncomfortable to cure long the seriously ill neighbors in the ancient times. So, as a rule, people used to stop the disease with the only win method, looking like the ancient euthanasia. The patient was just throwing off the cliff when another therapy has failed. 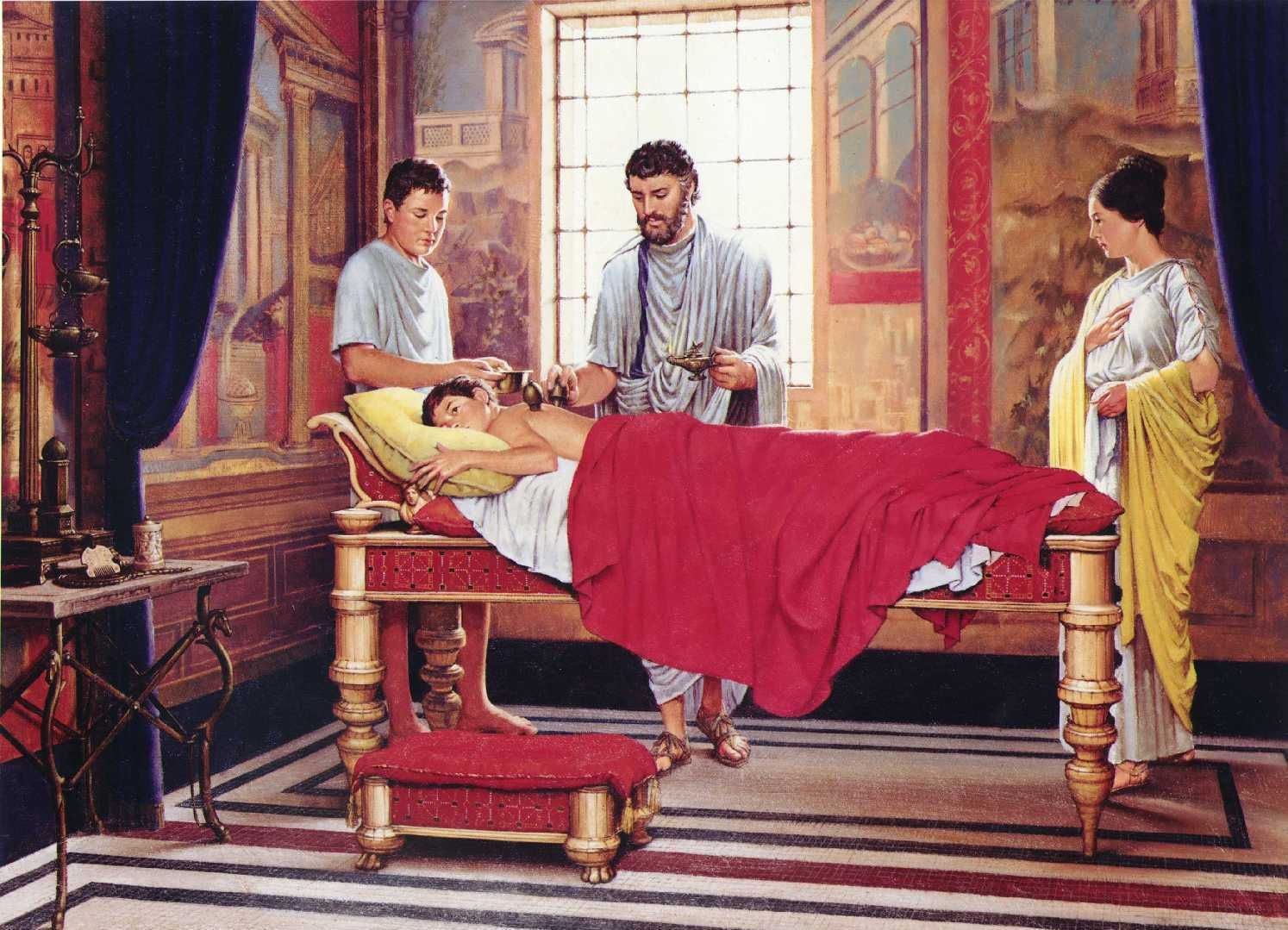