Chameleons are known for being able to change their skin color, but they’ve got plenty of other special tricks as well. They can shoot out their tongues at alarming speeds, use their tails as extra limbs, and even see in two different directions at once. Here are a few fascinating facts about these colorful lizards.

Most lizards’ feet have four to five toes that can move independently. But evolution has taken chameleon limbs in a different direction. Chameleon feet consist of two fleshy pads that oppose each other; one pad contains three digits that are fused together while the other has two fused digits. 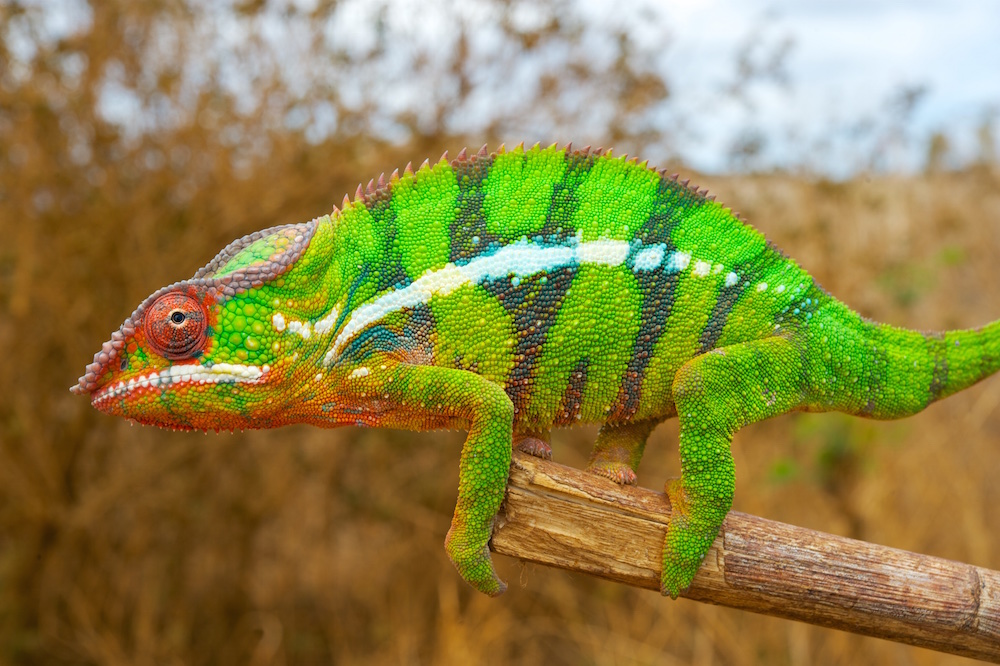 Up in the tree canopies where they live, their feet clamp down onto vines and branches. Chameleons usually hold their legs almost directly underneath their bodies, giving them an athletic gait for a modern reptile: Walking this way keeps the center of gravity directly above the feet, which helps the animals stay balanced.

Almost half of all chameleon species live in Madagascar

There are around 200 known chameleon species, 44 percent of which can be found in Madagascar—leading some experts to wonder if the whole chameleon family evolved there (though a modern analysis deemed mainland Africa a more likely origin point). Other species of chameleon live in India, the Middle East, and mainland Africa. In 2021, biologists working in Madagascar confirmed the discovery of the smallest chameleon on record. Known as Brookesia nana, adult males of this diminutive species measure about 14 millimeters or roughly half and inch long—and half the size of the former smallest known chameleon, Brookesia micra.  Meanwhile, the island is also home to the two largest chameleon species: the Malagasy giant chameleon and the Parson’s chameleon, each of which can grow up to 27 inches. 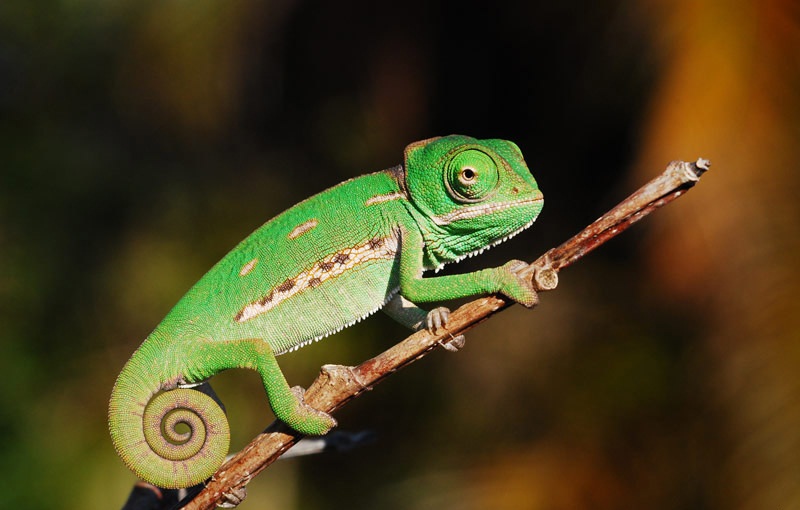 When a chameleon changes its skin color, it usually isn’t trying to camouflage itself. More often, this remarkable ability is used as a way of controlling its body temperature. By lightening their skin, chameleons can cool themselves down, since lighter colors are better at reflecting the sun’s rays. On the other hand, adopting a dark complexion is a good way to warm up when it gets chilly outside. 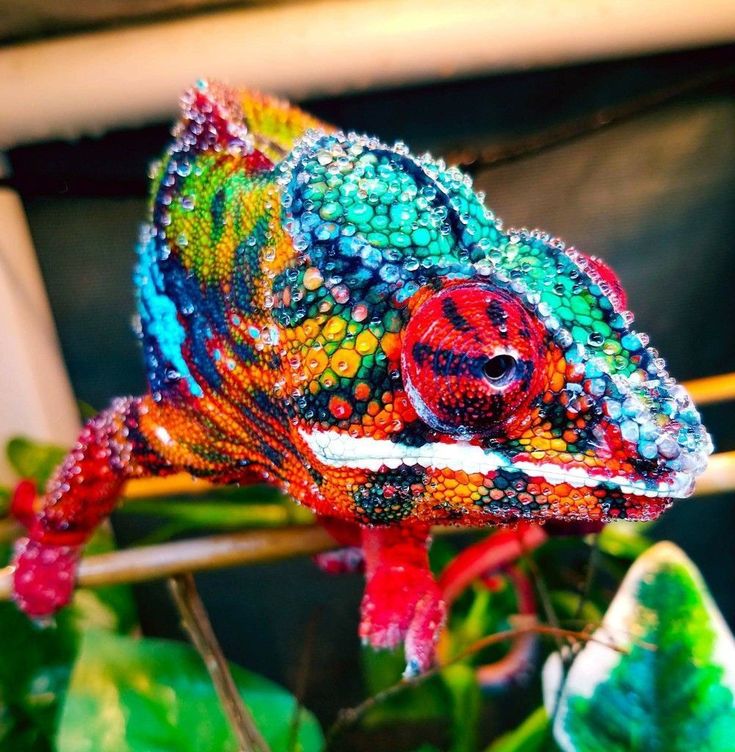 Another primary function of color change is communication: Altering skin tone can let potential mates or rivals know what’s on their mind. For example, a female common chameleon displays bright yellow spots when she’s ready to mate. Afterwards, she’ll darken her skin tone and show off blue and yellow spots to inform nearby males to stay away. 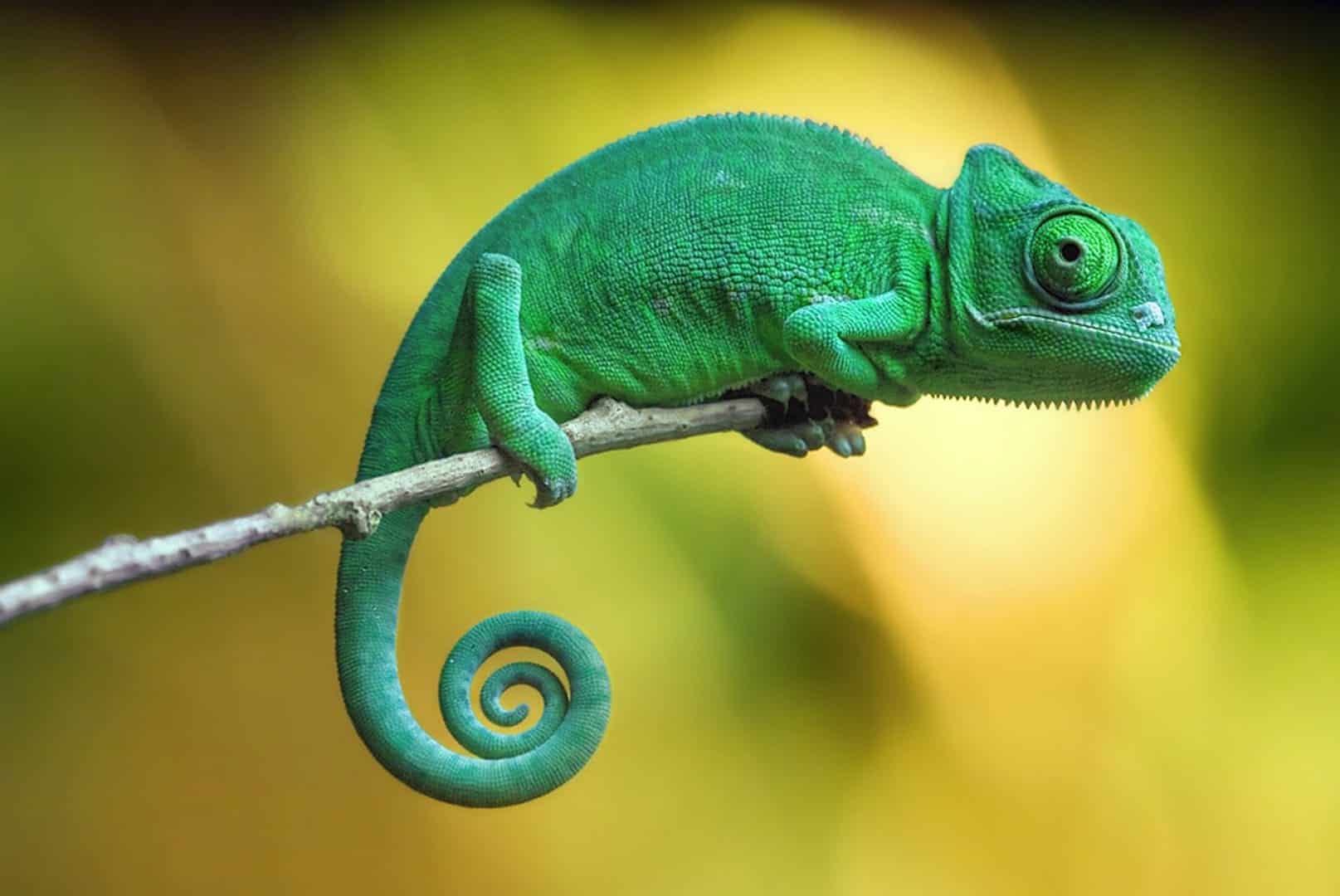 Unlike other lizards, chameleons can’t regrow their tails

Most chameleons have long, grasping tails that basically function like a fifth limb. In the majority of species, it can support the animal’s entire body weight, allowing a chameleon to move between branches more easily. One thing that the appendage cannot do, however, is automatically break off when a predator grabs it, like the tails of anoles, leopard geckos, and many other lizards do. If a chameleon’s tail is severed, it won’t grow a replacement. 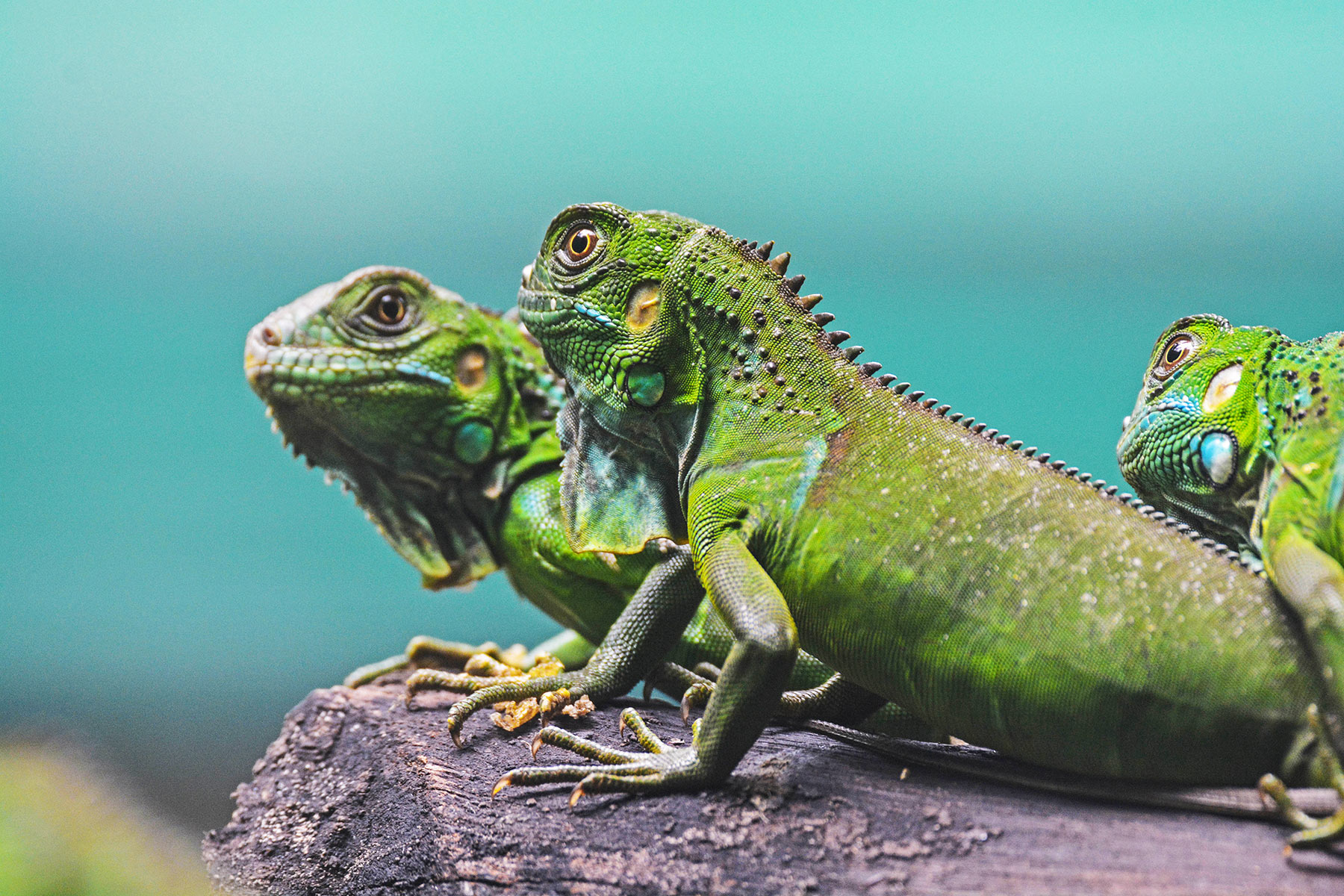