Fairy-Tale Destinations to Inspire Travelers on an Enchanting Vacation

If you’ve run out of Instagram-worthy spots, try escaping into these quaint fairy-tale destinations that resemble the magical kingdoms of the storybooks you once read as a child. These include nostalgic little villages, intricate castles, and ivy-crawled settlements that have long been forgotten.

Hallstatt, Austria, is a village between the Alps and the crystal clear Lake Hallstatt’s western shore. The alleyways and Alpine houses date to the 16th century and are now juxtaposed by cafes, shops, cars, and buses. With streets that look like they are lined with colorful gingerbread houses and boats gliding calmly across the looking-glass lake, Hallstatt is actually a very small village. You can walk from one end to the other in just fifteen minutes. 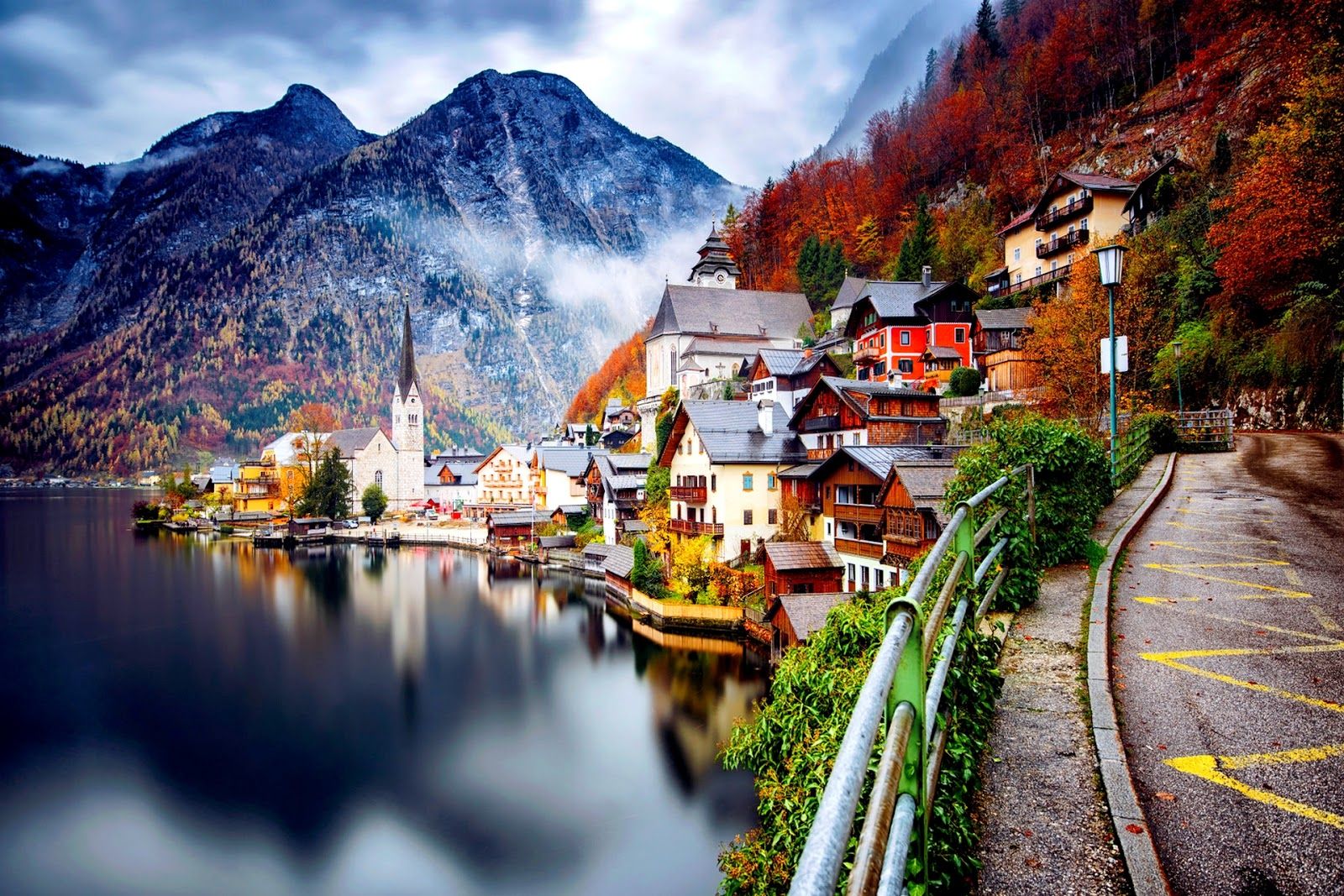 Perched upon a rocky tidal island stands the Wonder of the West. The Mont-Saint-Michel is a Gothic-style Benedictine abbey, which was erected in honor of the archangel St. Michael, as well as a mainland commune that settled around its medieval walls. One of the most visited places in France, the Mont-Saint-Michel welcomes approximately 2.5 million tourists a year. The imposing, lofty abbey was established between the 11th and 16th centuries and has origins dating to the time of the Vikings. Mont-Saint-Michel is not just a church on a rock; it is a whole medieval city, one of the few places in France to have preserved intact its medieval walls and defenses. In fact, the city, though small, still has inhabitants to this day. 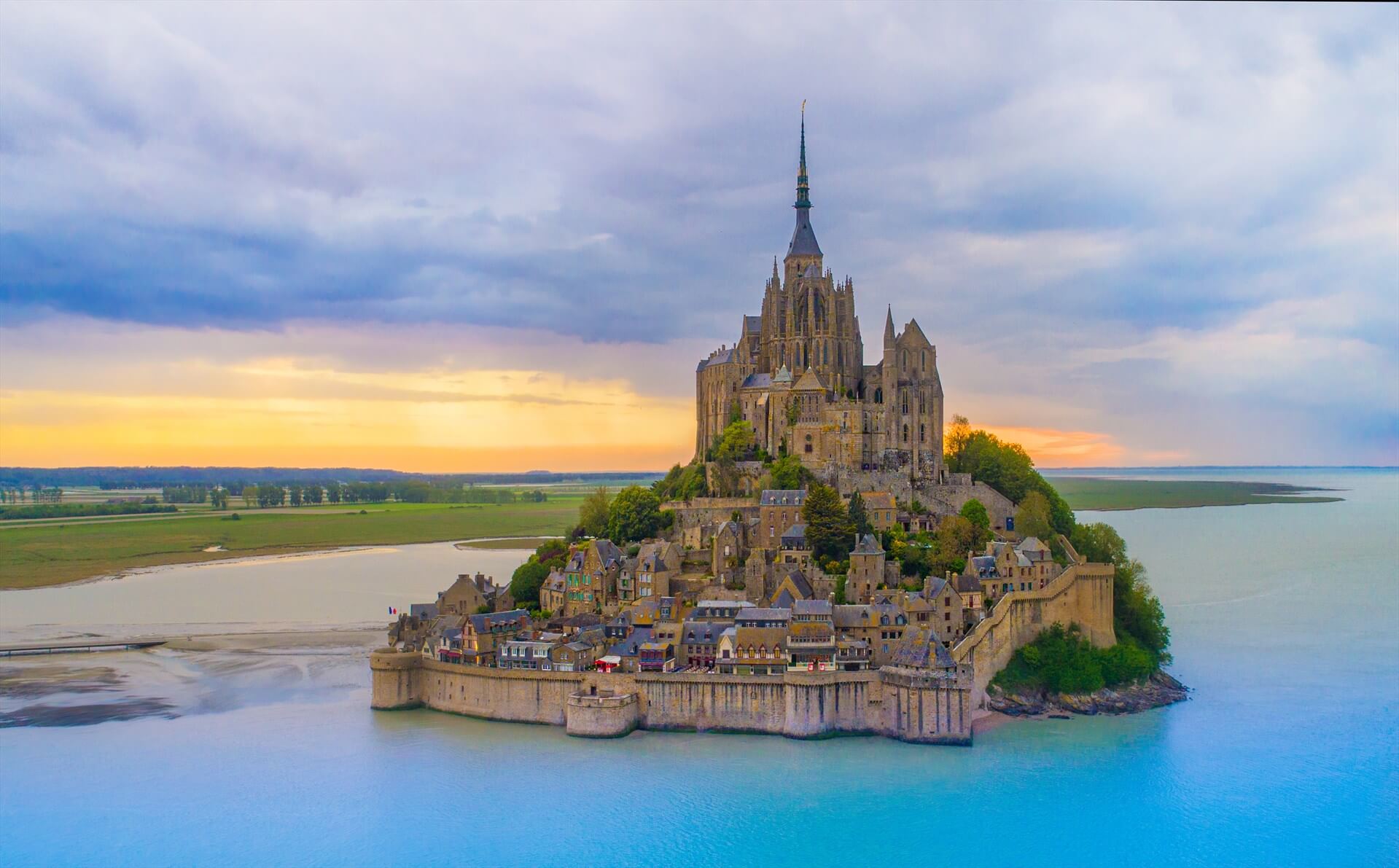 Overlooking the edge of the Black Sea is a Neo-Gothic marvel. The Swallow’s Nest was built on top of the Aurora cliff, far outside the town of Gaspra, and is a curious remnant of Imperial Russia. It used to be a small wooden cottage constructed for a Russian general in 1895. When a Baltic German noble purchased the cottage in 1911, he had it rebuilt into its current structure. Since 1975, a restaurant has operated within the building. 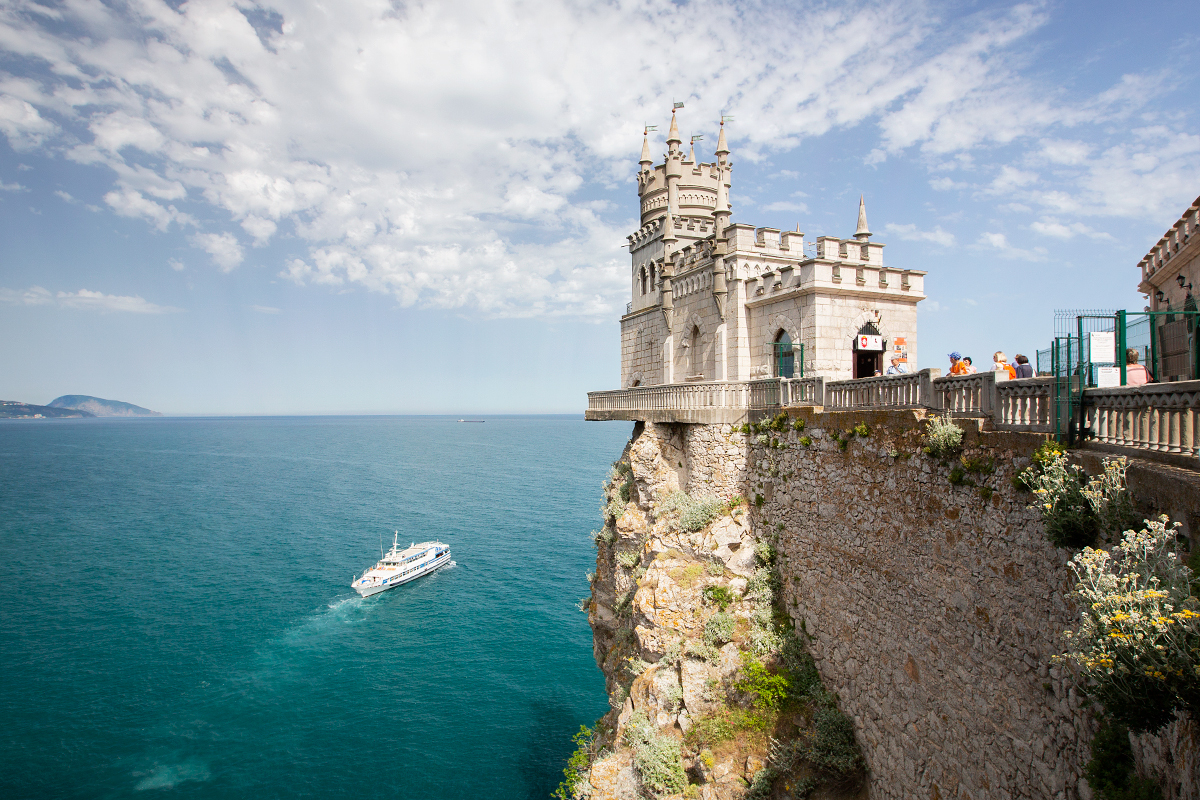 Merely one of the pretty Cotswold villages and fairy-tale destinations in England, Bibury is a major hotspot for tourists intending to visit traditional rural villages, tea houses, and many historical structures in the Cotswold District. Bibury has an entry in the 1086 Domesday Book, when a record of survey was done under William the Conqueror. The village is known for its honey-colored 17th-century stone cottages with steeply pitched roofs, which once housed weavers who supplied cloth for fulling at the nearby Arlington Mill. 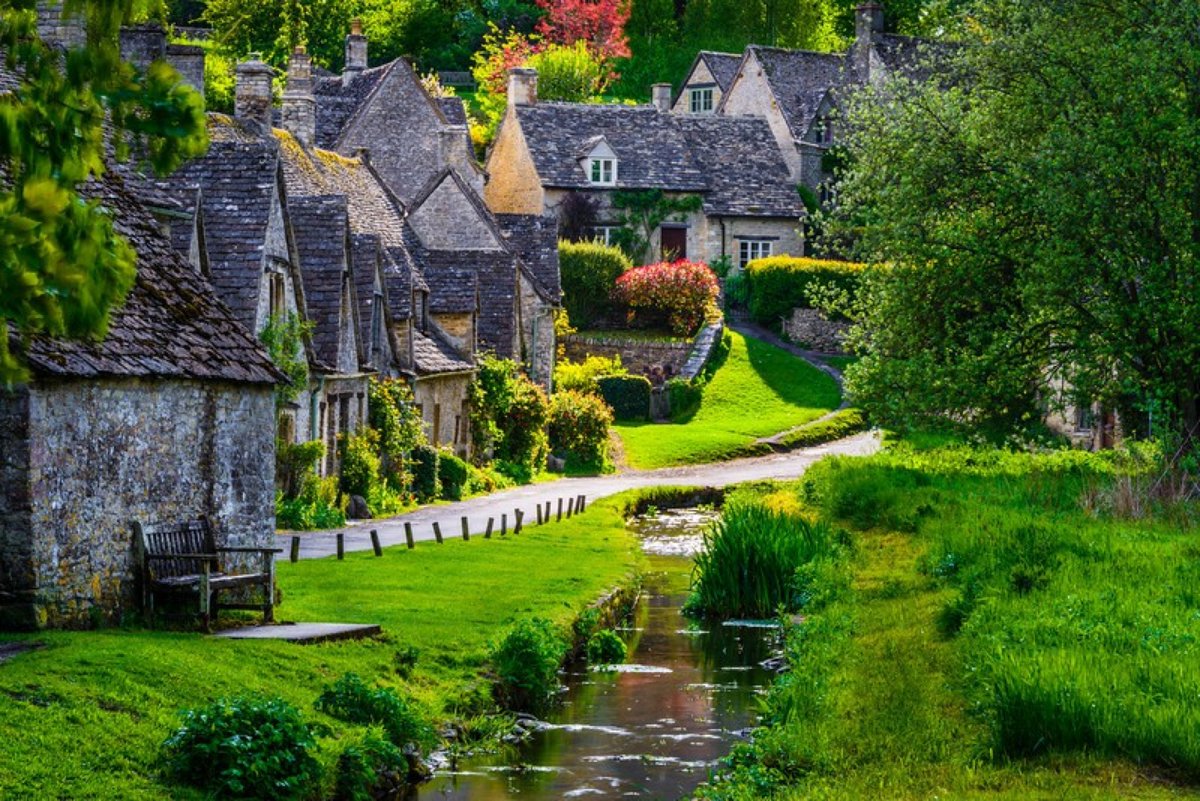 Formerly the most prosperous fishing village on Shengshan Island, Houtouwan was abandoned in the early 1990s due to its remote and hard-to-access location. After decades of abandonment, the empty houses in the ocean-facing cliffside village—some of them still furnished—were soon taken over by nature, turning itself into an unexpected, unusual travel hotspot. The rest of the village, which stretches beyond the next two rises, is off-limits. Unlike the other fairy-tale destinations, this settlement started in the 1950s. 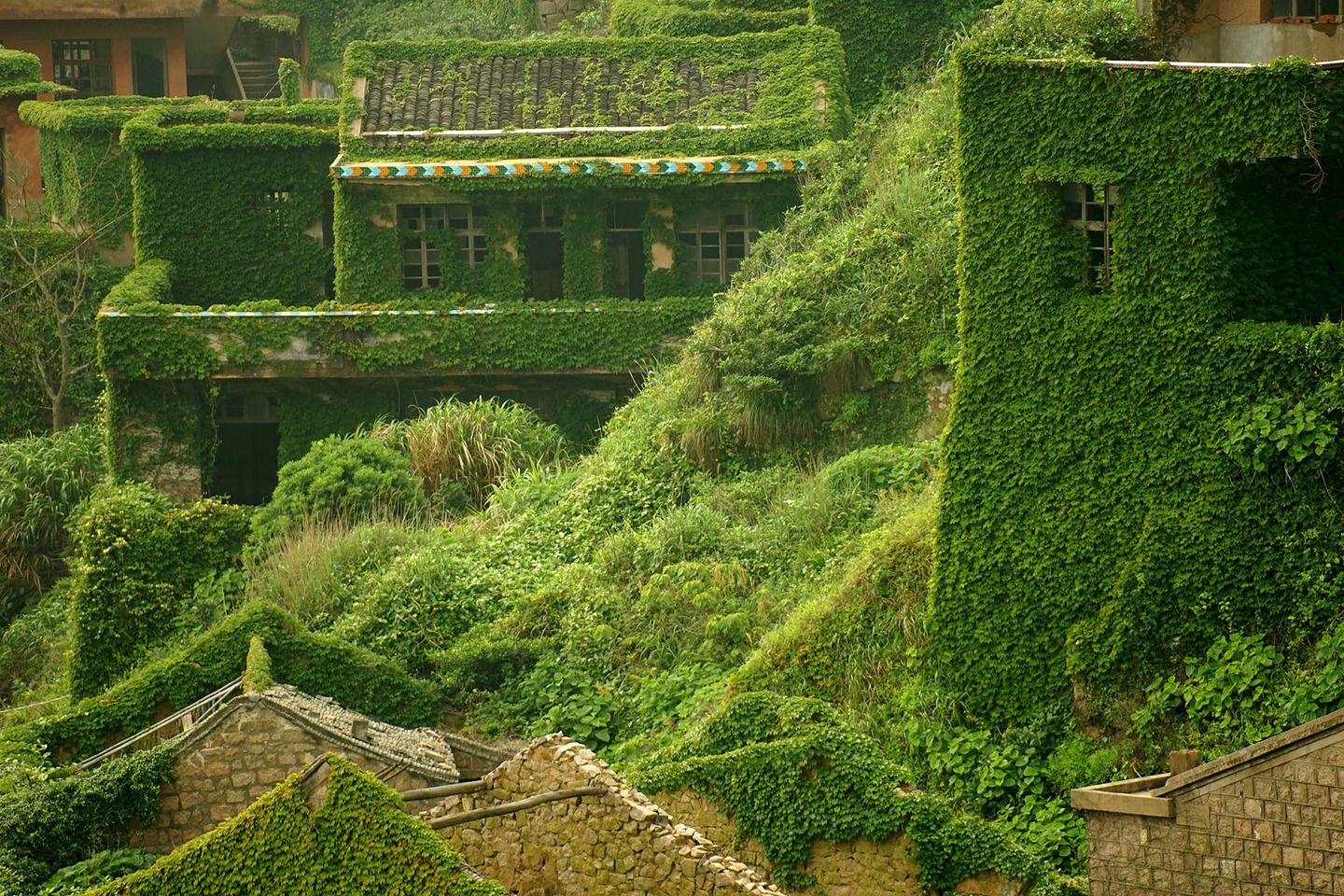 Historic, enchanting, and unchanged throughout the centuries, Rothenburg just might be the most beautiful among the fairy-tale destinations in Germany. Rothenburg is known worldwide as being Germany’s best-preserved medieval walled town, with its colorful houses, cobblestone lanes, and pretty squares. Named in part after its location on a plateau overlooking the Tauber River, Rothenburg ob der Tauber literally means “Red fortress above the Tauber” in German. 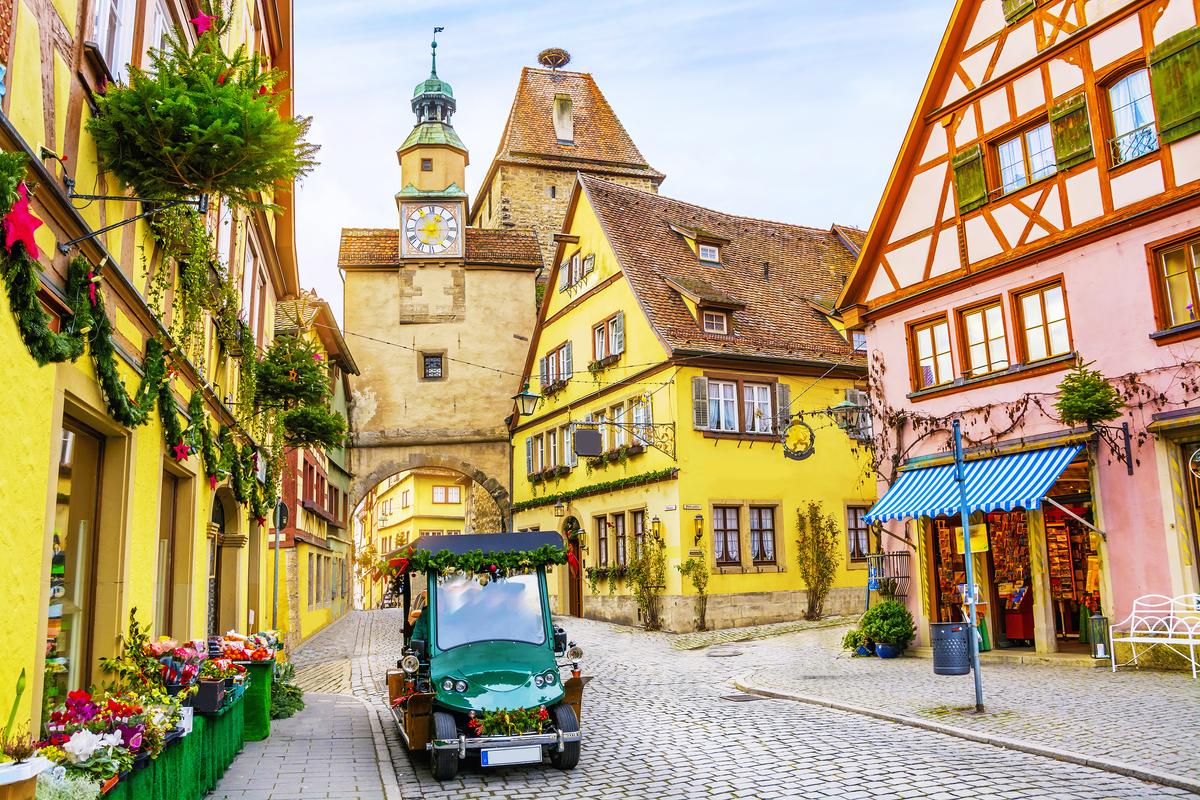 We’ll end this list of fairy-tale destinations with Shakespeare’s hometown, a 16th-century market town in England’s West Midlands. Don’t forget to catch a show at the world-famous Royal Shakespeare Theatre and see the views from its tower or visit some of the well-preserved buildings whose very walls tell the story of the playwright’s life and death. There are also plenty of non-Shakespearean activities to try in this quaint Tudor town, like boat trips along the Avon, modern museums, and even a Harry Potter-style magic shop. 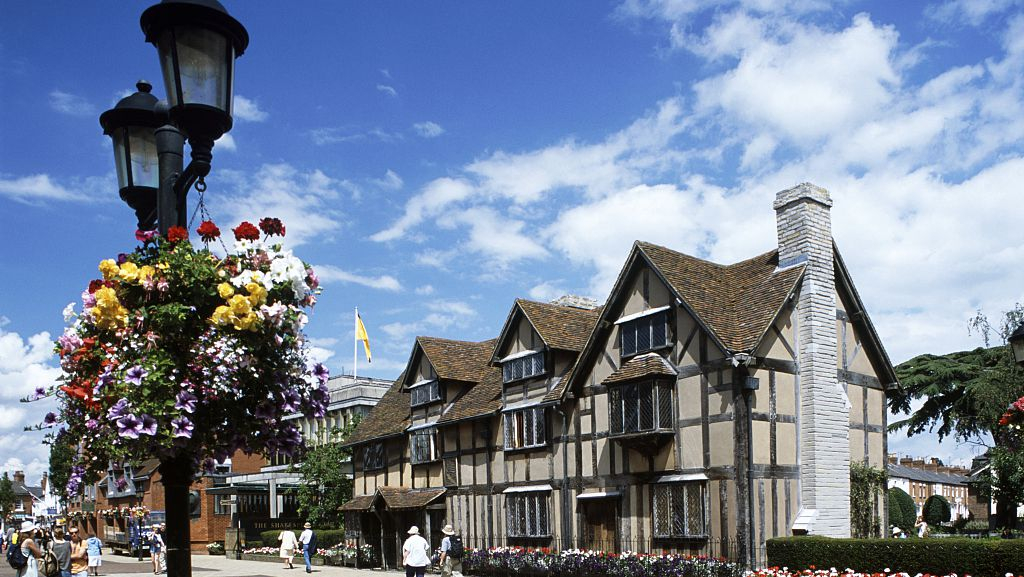