Top 10 Most Expensive Buildings In The World 2022 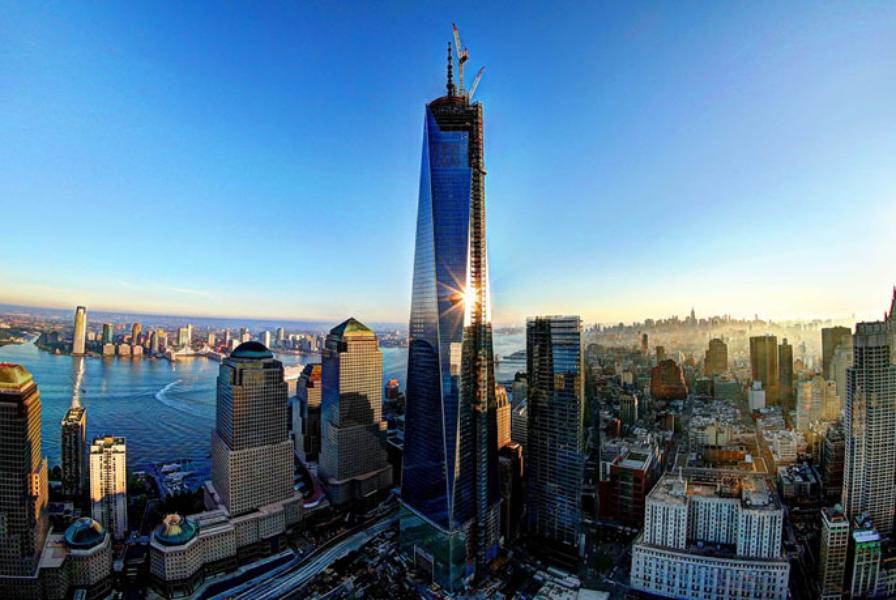 The Cosmopolitan of Las Vegas (The Cosmo) is a luxury resort casino and hotel on the Las Vegas Strip in Paradise, Nevada. It has two tall towers, the Boulevard Tower and the Chelsea Tower, both of which are 184 meters in height. The Cosmopolitan is the seventh most expensive building in the world. The $3.9 billion building includes 3,027 rooms, 110,000 square feet of casino, 300,000 square feet of retail and restaurant space, 40,000 square feet of spa and fitness facility, a 3,200-seat theater and 150,000 square feet of meeting and conference space. The resort opened on December 15, 2010, and is located south of the Bellagio on the west side of Las Vegas Boulevard. In 2013, the hotel was rated “The Best Hotel in the World” by Gogobot. In 2015, the resort was named as one of the “Top Hotels in the World” on the Condé Nast Traveler Gold List. 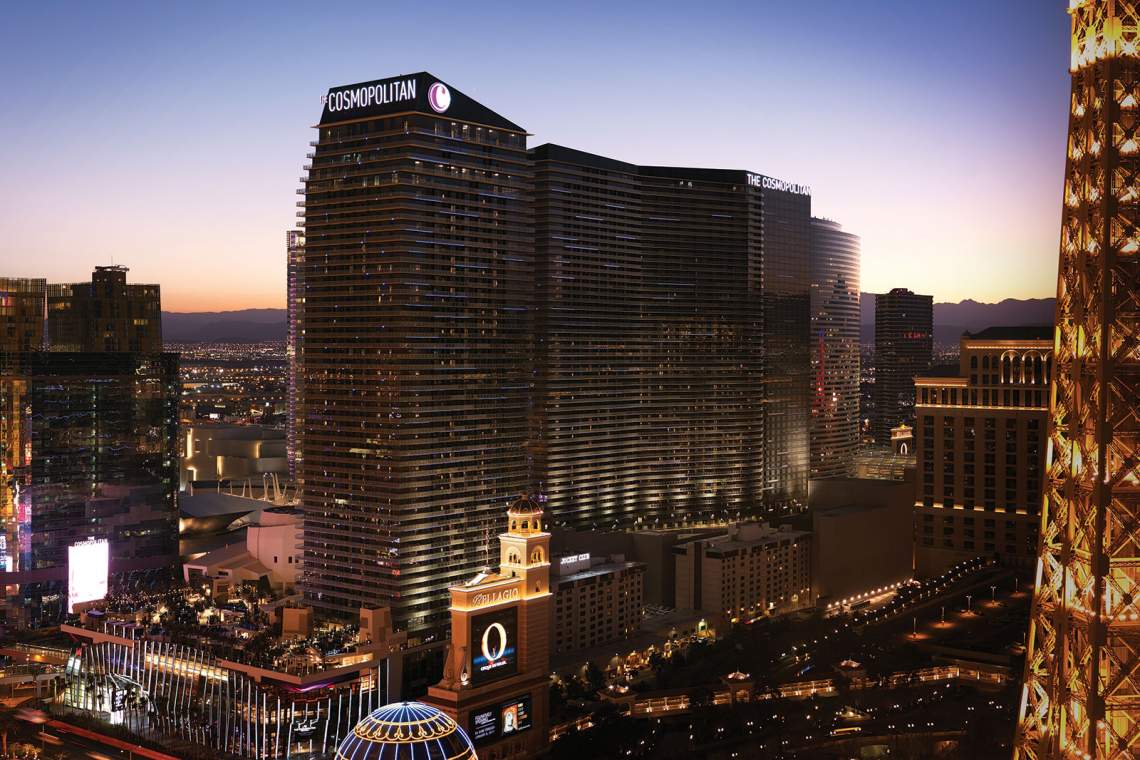 Resorts World Sentosa is an integrated resort on Sentosa Island, located on the southern coast of Singapore. Major attractions at RWS include one of two casinos in Singapore, a Universal Studios Singapore theme park, and the first in Southeast Asia, Adventure Cove Waterpark, as well as the Singapore Oceanarium, the world’s second largest oceanfront. It was first conceived in 2006, the US$5.03 billion resort was developed by Genting Singapore, and construction began in 2007. It was the third most expensive building ever built upon completion in 2010. Resorts World Sentosa is the fifth most expensive building in the world in 2022. 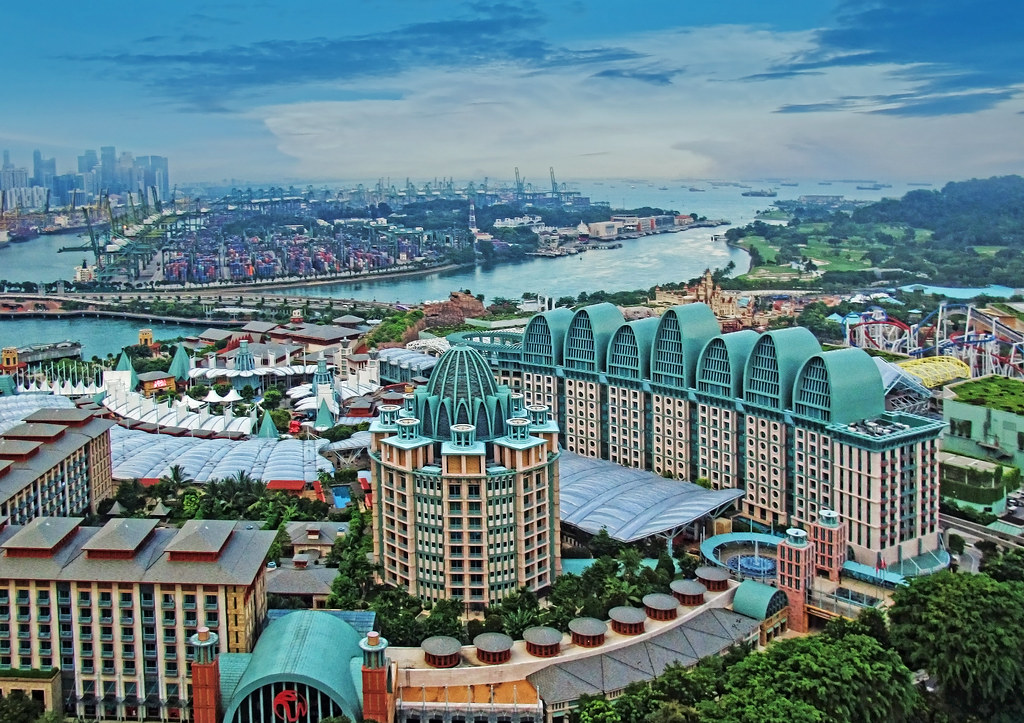 Apple Park is the corporate headquarters of Apple Inc., located in Cupertino, California, United States. It was opened to employees in April 2017 while construction was still underway. Apple Park is one of the top 10 most expensive buildings in the world 2022 with an estimated $5 billion to build. The main building’s scale and rounded groundscraper design by Norman Foster have earned the structure the media nickname “Spaceship”. In addition, situated on a total 1.46 km (360 acres) suburban site, it houses over 12,000 employees in a central four-story circular building of approximately 64 acres. 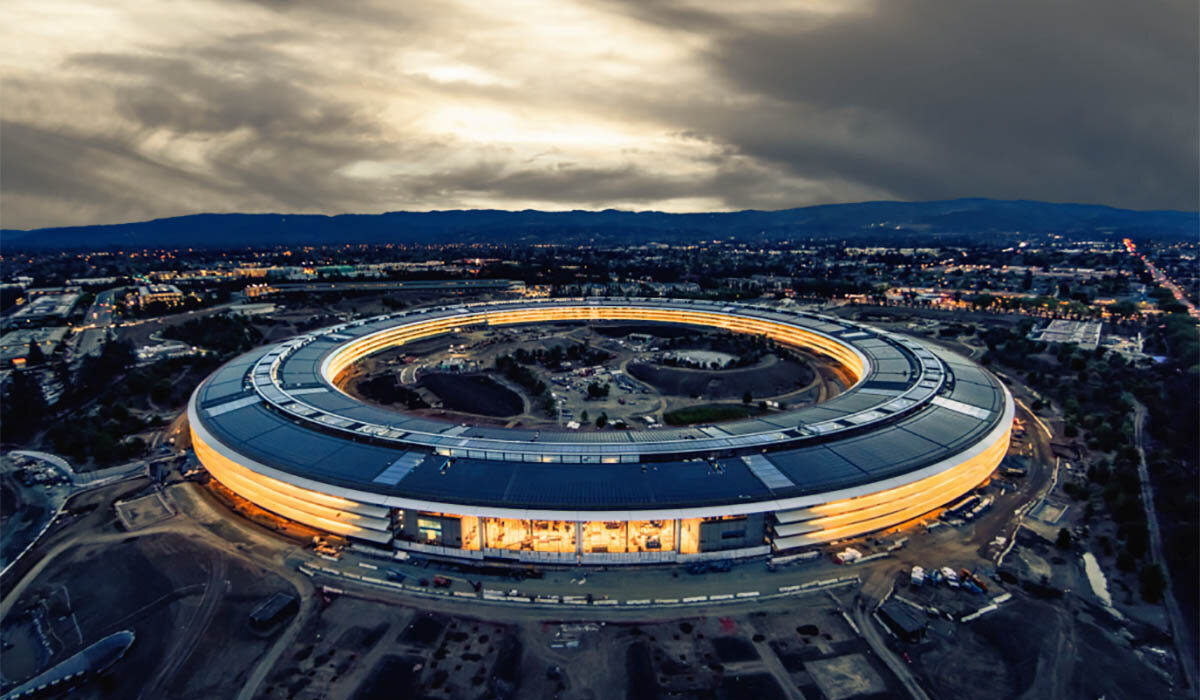 Marina Bay Sands is an integrated resort in Singapore facing Marina Bay. It is the third most expensive building in the world. At its opening in 2010, it was billed as the world’s most expensive standalone casino property at US$6.88 billion, including the cost of the land. It is owned by Las Vegas Sands Corporation. The resort includes a 2,561-room hotel, a 120,000-square-meter convention-exhibition center, 74,000-sq-mi Marina Bay Sands Mall, shops, a museum, and a large theatre. Also, the complex includes three towers topped by a connecting 340-metre-long SkyPark with a capacity of 3,902 people and a 150 m infinity swimming pool, set on top of the world’s largest public cantilevered platform, which overhangs the north tower by 66.5 m. 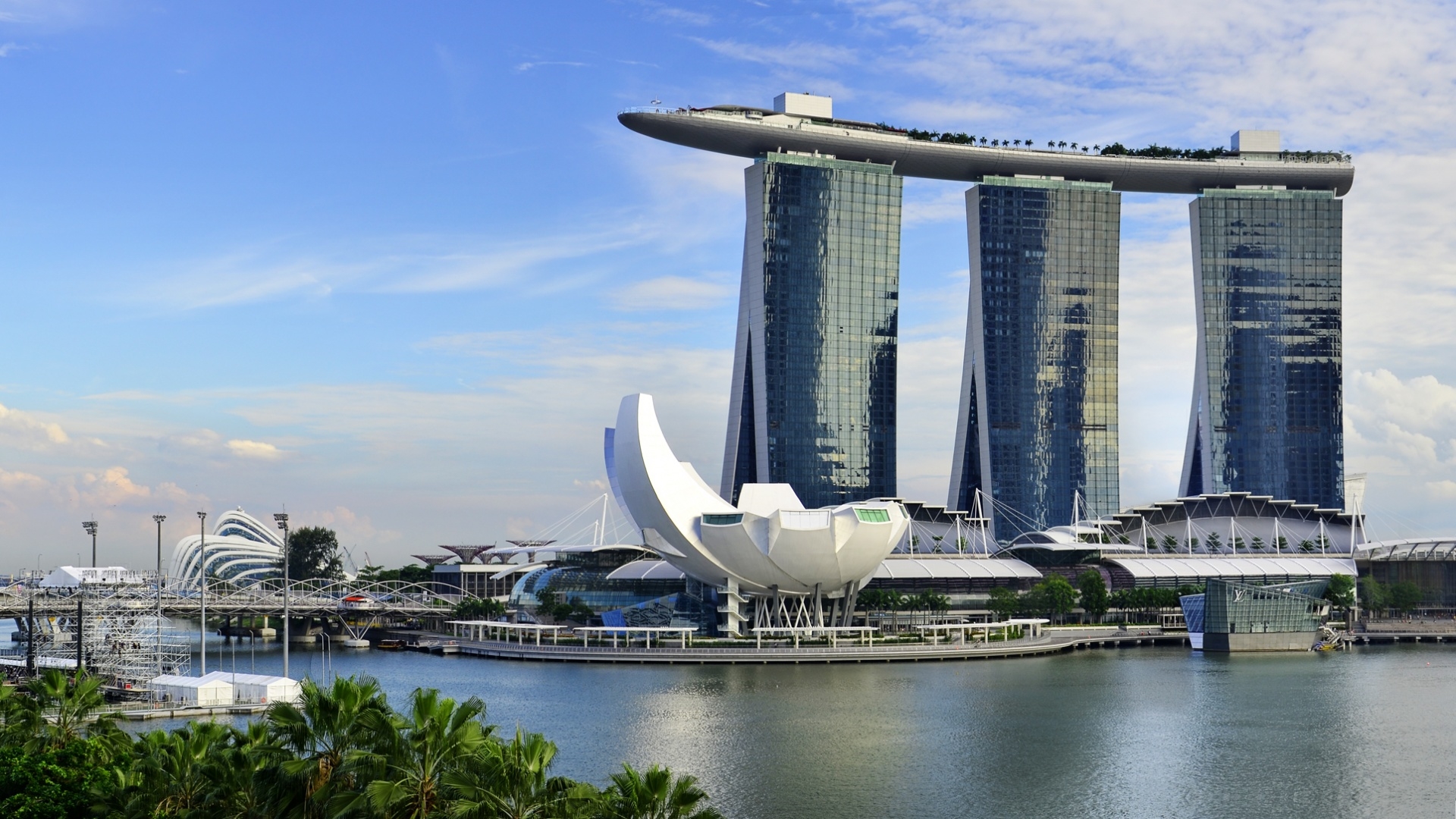 The Abraj al-Bait is the second most expensive building in the world, costing about $16 billion to build. It is a state-owned complex of seven skyscrapers in Mecca, Saudi Arabia. The Abraj al-Bait towers are a part of the King Abdulaziz Endowment Project, which aims to modernize the city for its pilgrims. In addition, the central hotel tower, the Mecca Clock Royal Tower, has the largest clock face in the world and is the fourth tallest building in the world and the sixth tallest freestanding structure. Also, the clock tower houses the Clock Tower Museum which is located on the top four floors of the tower. 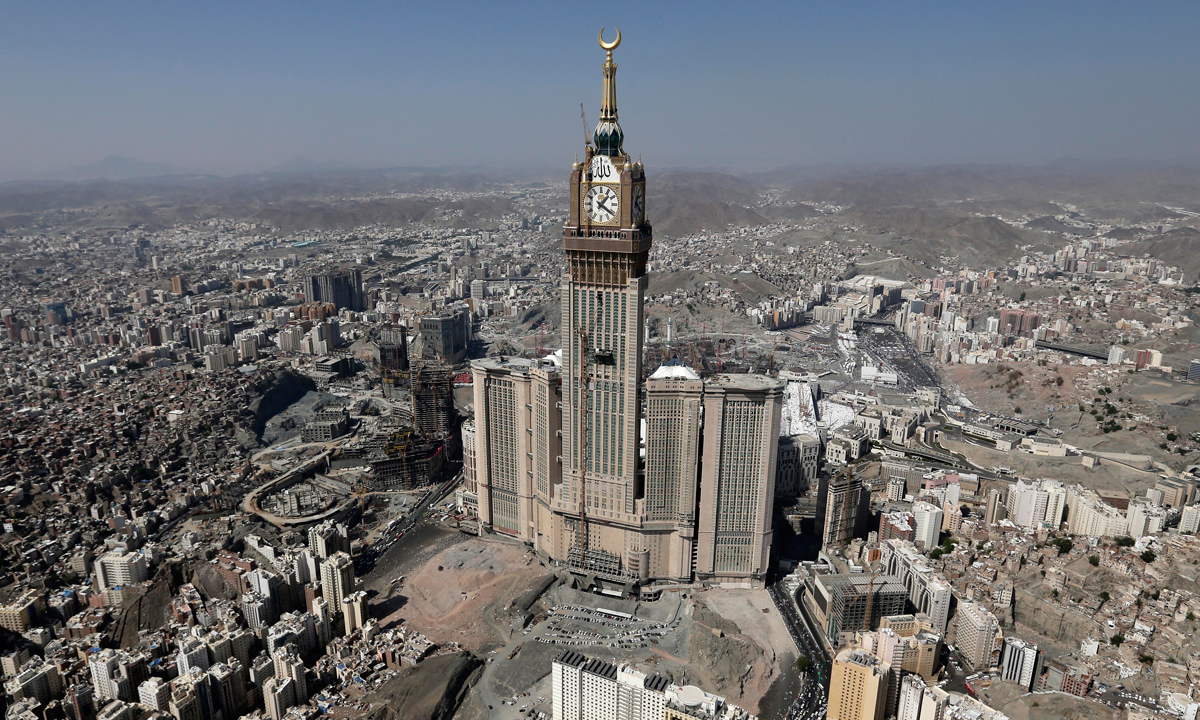 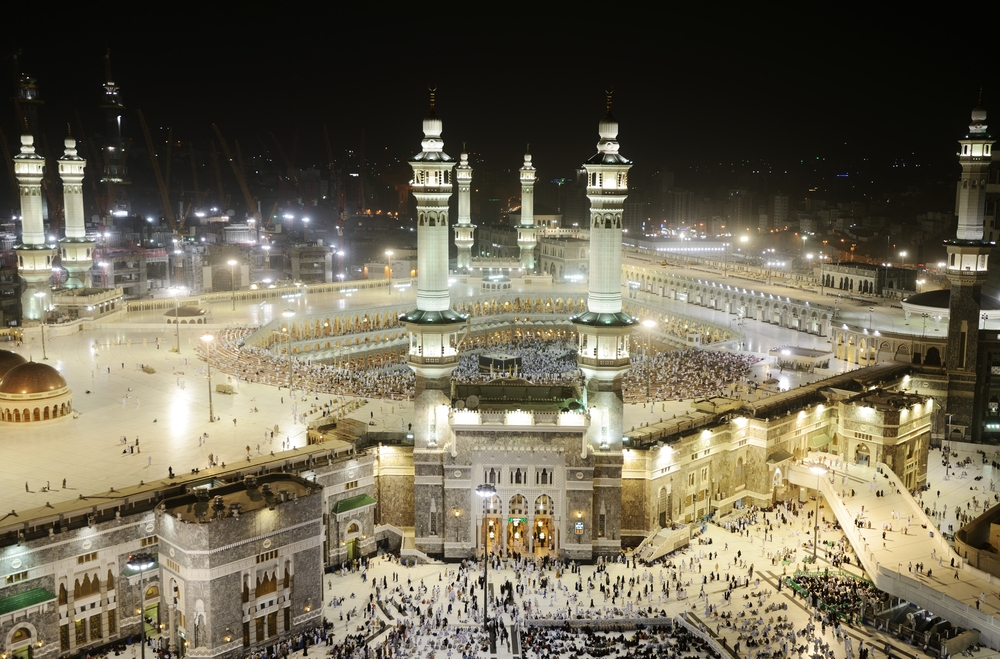