Here are top 6 bizarre wedding rituals from around the world that go beyond the white dress and veil.

Money Dance | Guests Pay to Dance with the Bride

The money dance is an event at some wedding receptions in various cultures. It was originated in Poland during 1990s. During a money dance, male guests pay to dance briefly with the bride, and sometimes female guests pay to dance with the groom. At the wedding reception, the bride will dance with her father, while a relative holds out an apron. Guests who place money in the apron win the opportunity to dance with the bride. At the same time the dance includes bridesmaids and other ladies who dance. 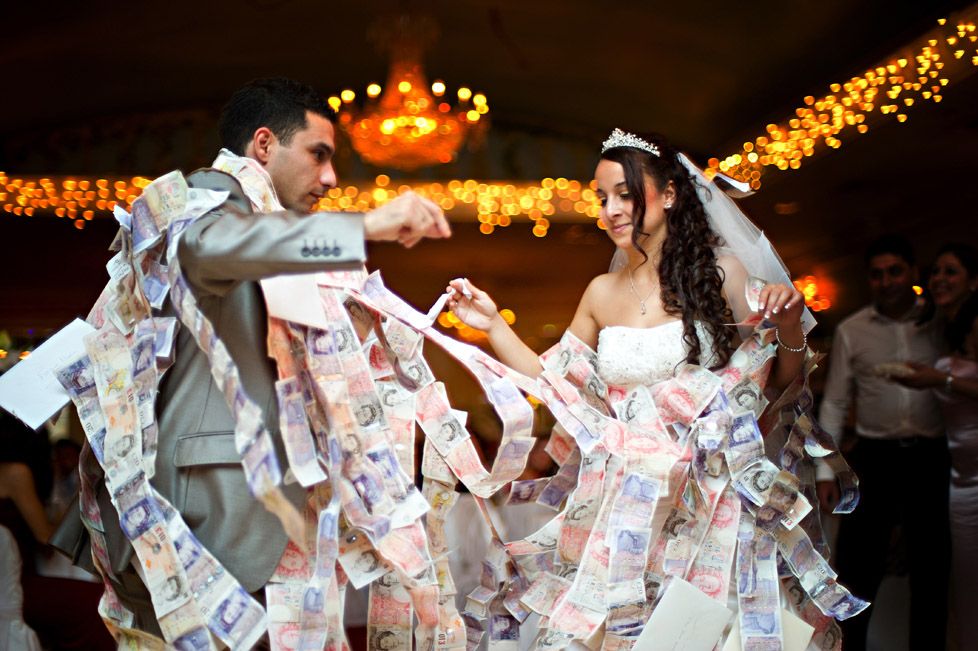 One of the most bizarre wedding rituals of Massai (Masai) nation of Kenya. At a wedding ceremony held by the Massai people, the bride’s head is shaved and lamb fat and oil is applied on her head. The father of the bride blesses his daughter by spitting on her head and breasts. Spitting is a symbol of disgrace usually but in Massai nation it is thought to bring good luck and fortune.

She then leaves with her husband and does not look back for fear of turning into stone. The husband doesn’t stay in the house in which she stays for the next two days and then her mother in law shaves her head. This commences the wedding ceremony declaring them man and wife for life. 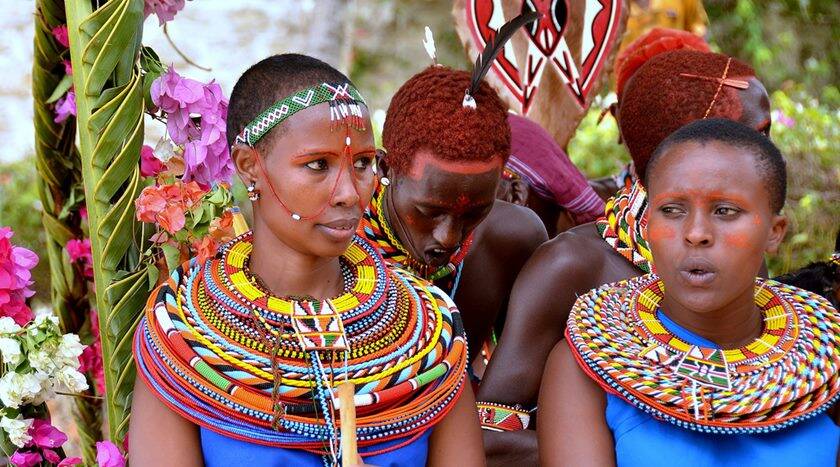 The Tujia people of China prepare for a wedding 30 days before the wedding day by crying. The bride spends an hour a day crying. 10 days later, she is joined by her mother, and then ten days after that, her grandmother, and this continues until all the females in the family are crying daily for an hour. Thankfully it is not an act of sadness but this is actually meant as an expression of joy and deep love. Because the women all weep in different tones the collected noise sounds almost like a song. 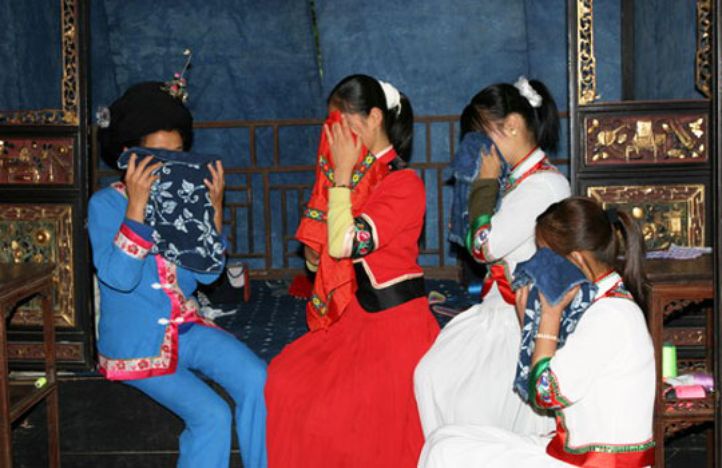 No, not just between the bride and groom, in fact as a guest you might just be lucky enough to plant a kiss on the bride or groom yourself. At the wedding ceremony, it is traditional for the groom to disappear during part of the ceremony for any reason, then the all unmarried young men allowed to kiss the bride. The same goes for the groom and female guests if the bride should leave the room. A unique Swedish tradition and one of most bizarre wedding rituals without a doubt.

In some parts of India it is believed that ghosts can inhabit certain people of the living world. Most notably, girls who are born with a baby tooth already erupted through the gum and girls who are very ugly or have some facial dissimulation are believed to be possessed by ghosts. The only way to break this weird curse is for the girl to marry an animal, typically a goat or dog. They manage a lavish wedding ceremony complete with booze and dancing. This is nothing but a mock ceremony and the girl is not expected to copulate with the animal. It’s just to ward off the evil spirits, she is free to marry a man later on. 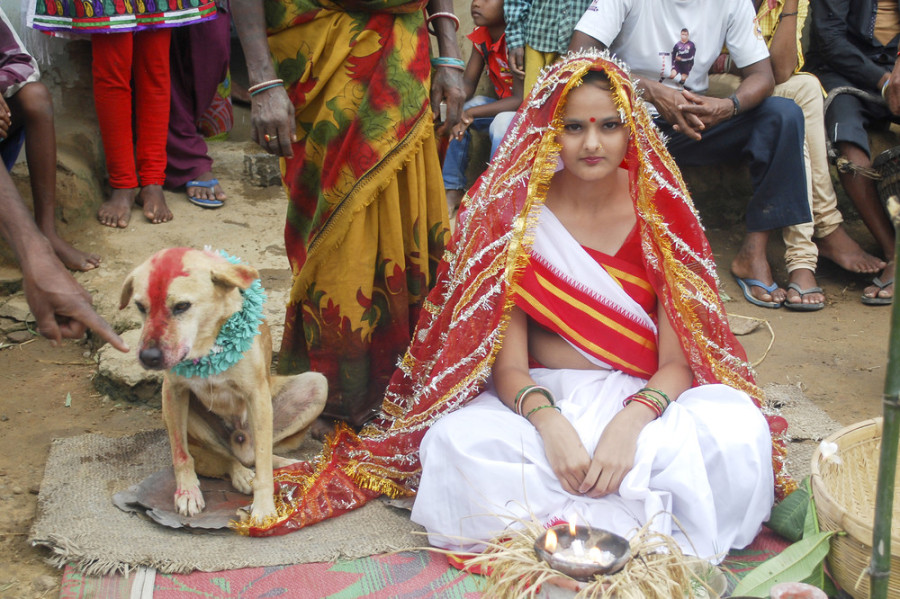 The Ritual of Blackening the Bride | Scotland

Blackening of the bride is a very old Scottish tradition. It’s part of a hazing ritual that actually happens before the wedding. The bride is taken by surprise, by hands down the crummiest friends you could have, and covered from head to toe with all kinds of crap. It can be anything: spoiled milk from the back of your fridge right down to tar and feathers. The ritual of covering brides and grooms in treacle, soot and flour used to be carried out to ward off evil spirits. This one of most bizarre wedding rituals still happens in some parts of Scotland. 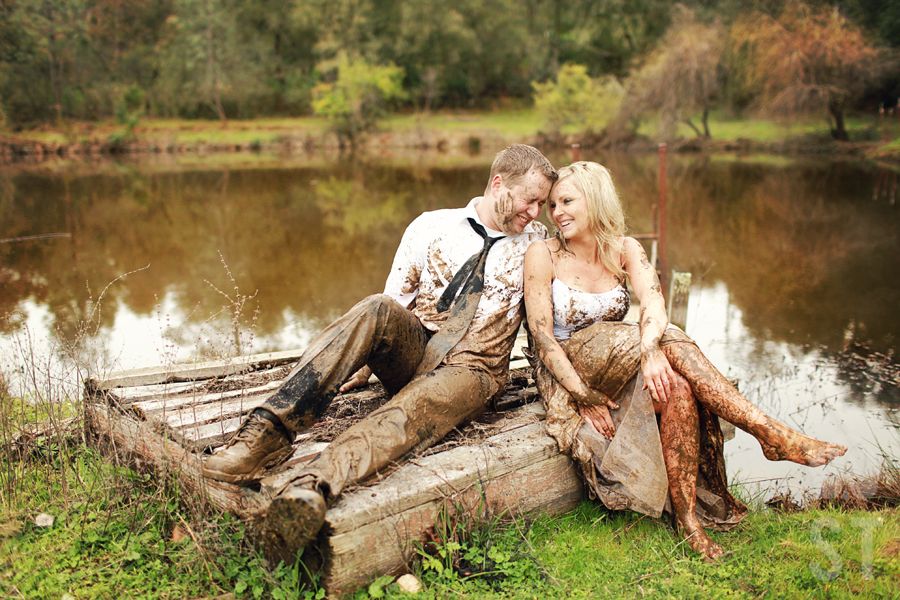