Thinking about your next holiday? Forget Disneyland and instead explore the darker side of life. Who needs the tourist trail when you can explore this strange and mysterious world of ours by visiting haunted forests, bottomless pits with magical powers and abandoned towns left solely for the dead. You just need to know how to find them, so consider this list your guide to the unknown. For seekers of the supernatural, here are 7 mysterious and spooky travel destinations that are sure to make your skin crawl.

The Hoia Baciu forest is known as the “Bermuda Triangle” of Romania. This reputedly haunted forest located just outside of Cluj Napolca is the stuff of nightmares. The forest is home to ghost stories, mysterious disappearances, weird electronic malfunctions, UFO sightings, and more. Visitors to the forest often report an intense feeling of being watched and electronic devices malfunction. There is a huge “dead zone” in the middle of the forest where vegetation will not grow, and where much of the paranormal activity occurs (the malfunctioning devices, strange orbs of light, and UFO sightings). Within the area, there are certain trees that have grown crooked as if bent by some unseen energy. There are some who even believe that somewhere in this forest is a portal to an alternate universe. Sound far-fetched? Not for the Hoia Baciu forest, it isn’t. 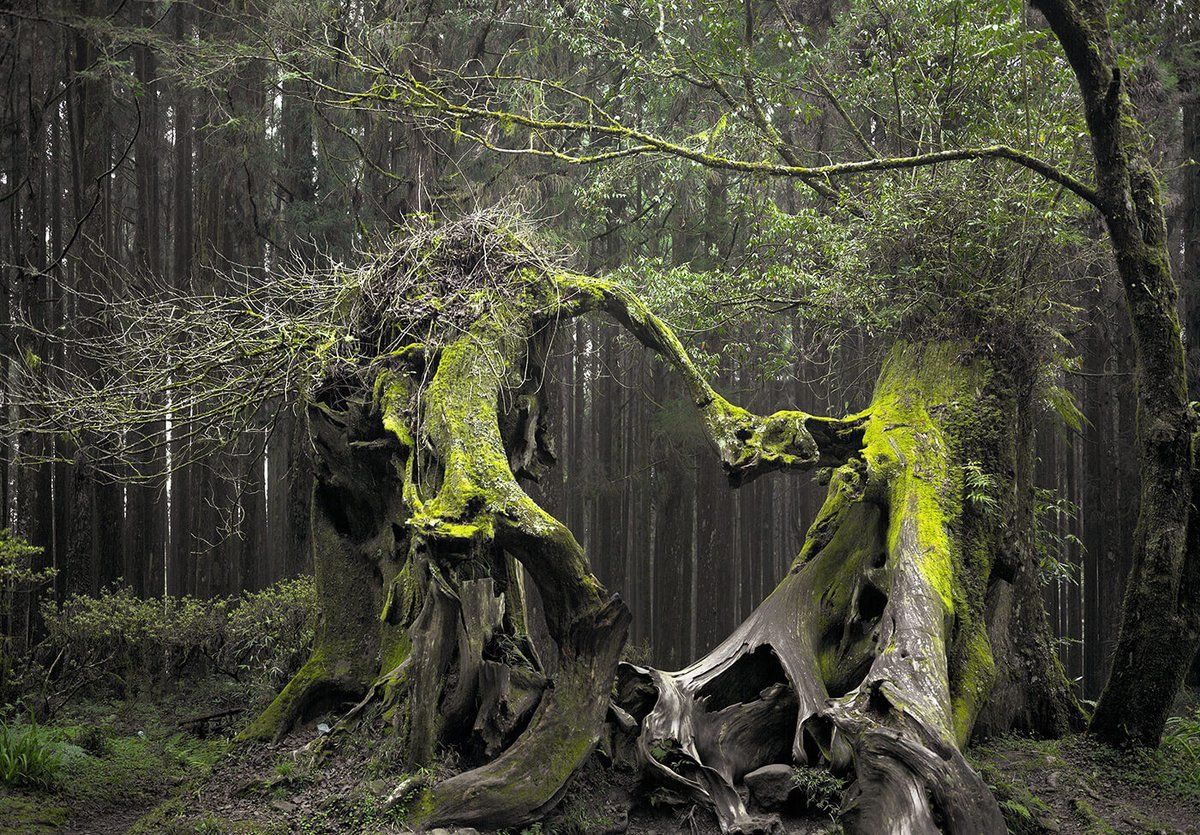 The Parisian catacombs are a giant ossuary and cemetery that is located 20 meters below the city of Paris. In 1785, the bones and rotting corpses of 6 million people were placed in the unground tomb, and arranged in huge piles at the ‘Empire of Death’, as it is commonly known. The labyrinth of bone lined tunnels and secret caverns cover an estimated area of 200 miles. While parts of the catacombs are open to the public, much of the network is closed off, due to unstable and unmapped sections. However, this doesn’t always deter some adventurous explorers.

In 2009 a video camera was discovered deep inside the underground city. The footage taken by the unknown man shows him dropping his camera and running off into the darkness as if frightened by something. Most explorers who have experienced this same area say that when he dropped his camera his fate was sealed due to complete darkness and has now joined the ranks of dead in the catacomb. 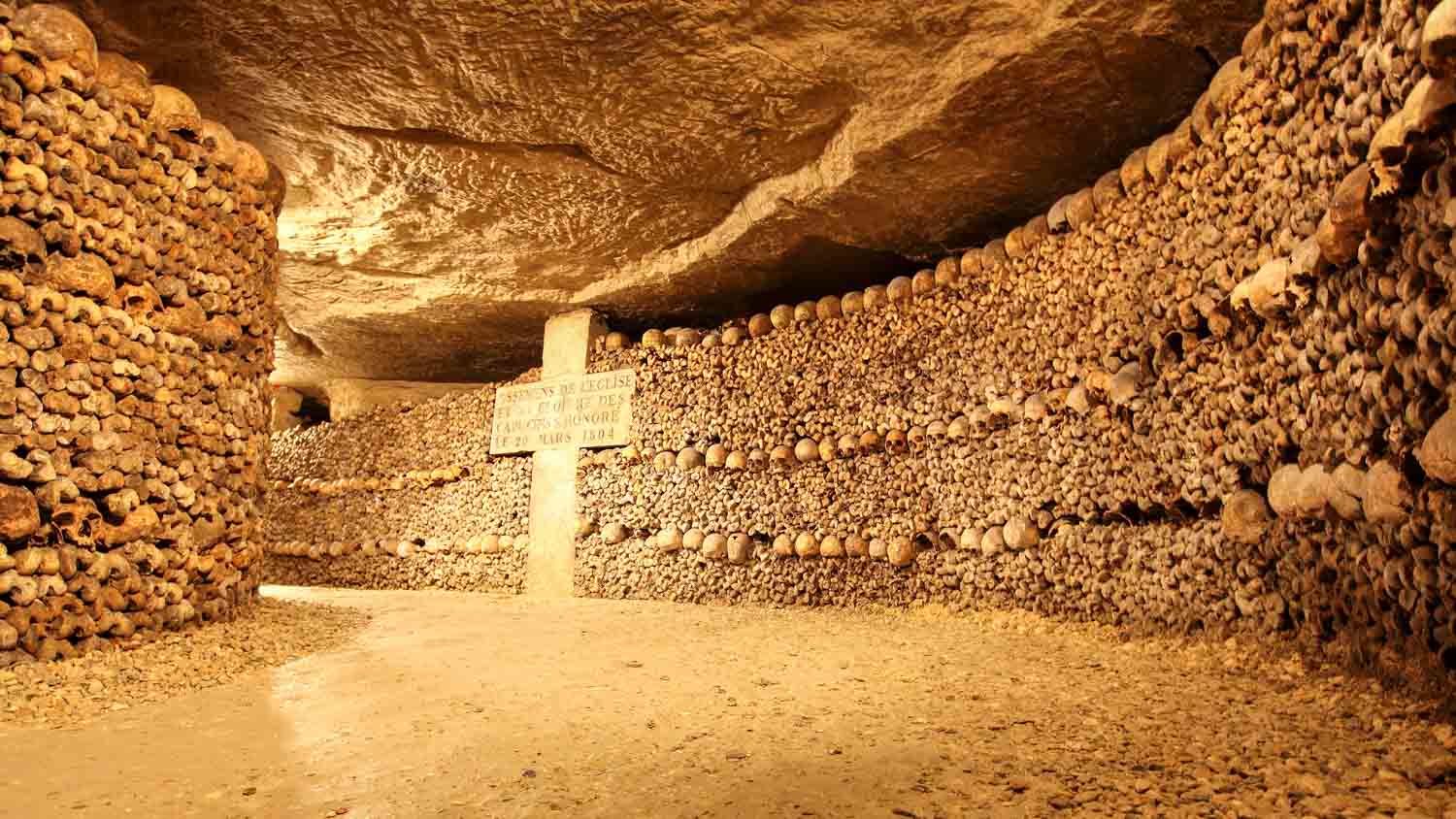 The two abandoned mining towns of Humberstone and LaNoris in Chile have earned themselves a haunted reputation. In 1872, the towns were founded and flourished around a nearby saltpeter mine. However, after the Great Depression business declined and by 1960 the towns had been abandoned… by the living that is. It’s said that treatment of miners was so bad it bordered on slavery, which perhaps goes some way to explaining why the dead supposedly rise from their graves each night. Local residents of nearby towns are so terrified that they refuse to step foot in either town day or night.

Today, tourists and ghost hunters are the only ones brave enough enter and join the walking dead, snapping pictures of the ghostly night-time march. Co-incidentally the cemetery contains open graves where the bodies are left fully exposed, leaving you to wonder is this local custom, or an open invitation for the ghosts to rise at night? 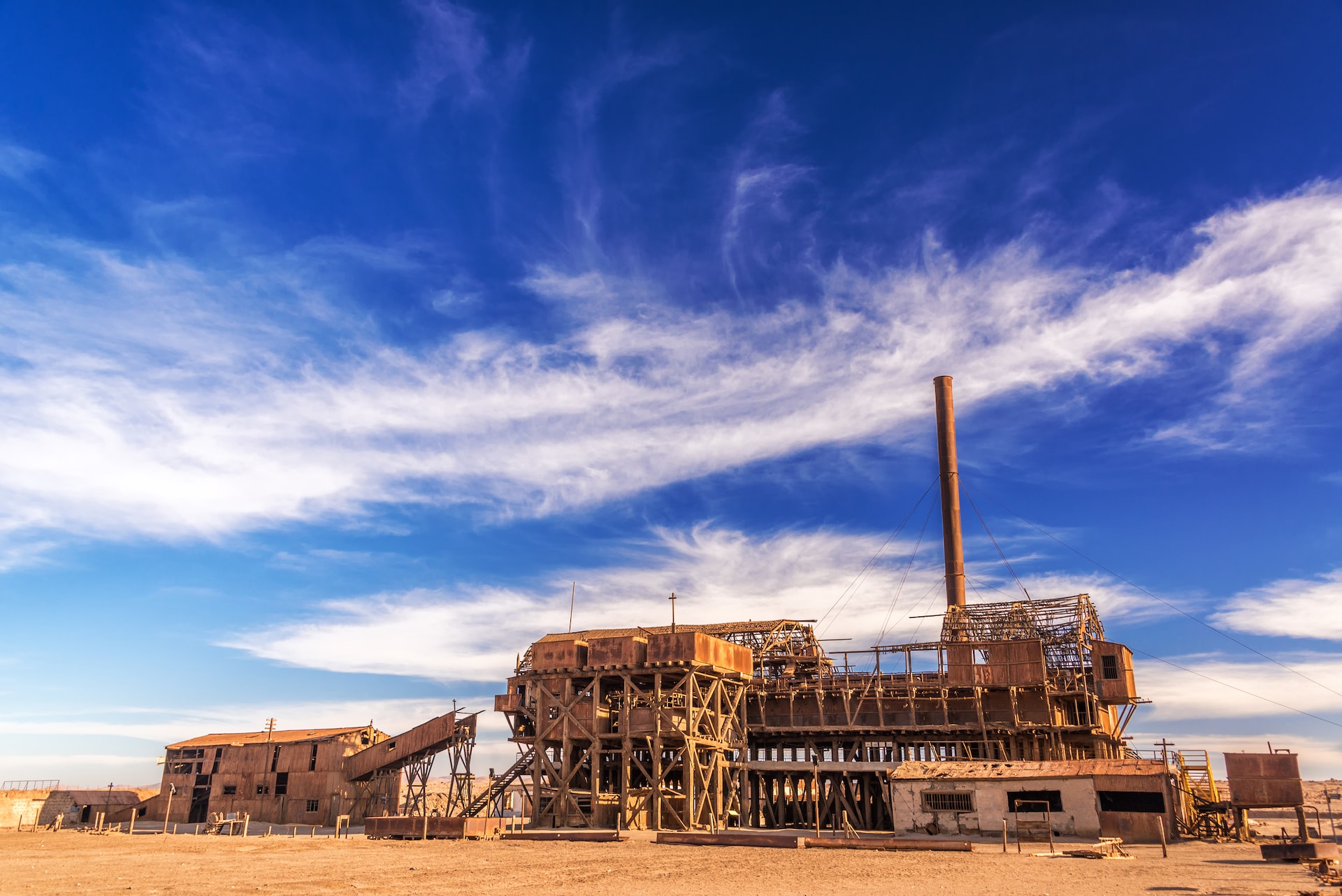 The people of Helltown, Ohio were mystified when the U.S. National Parks Service purchased all their homes and evacuated the town. The government said it was going to build a national park. That was in 1974. Today, Helltown is closed off and abandoned … and everyone’s still wondering why, exactly, the government chased everyone out of town. What really happened in Helltown?

There are a number of myths surrounding the vacant properties of Helltown but over time some have been more durable than others. There is the Presbyterian church which is said to have been built by Satanists, complete with upside down crosses. An abandoned bus is said to be host to lingering ghosts and, maybe most outlandish of all, people say Helltown is also home to mutant creatures including a monstrous snake known as the “Peninsula Python”, that were created by a chemical spill. 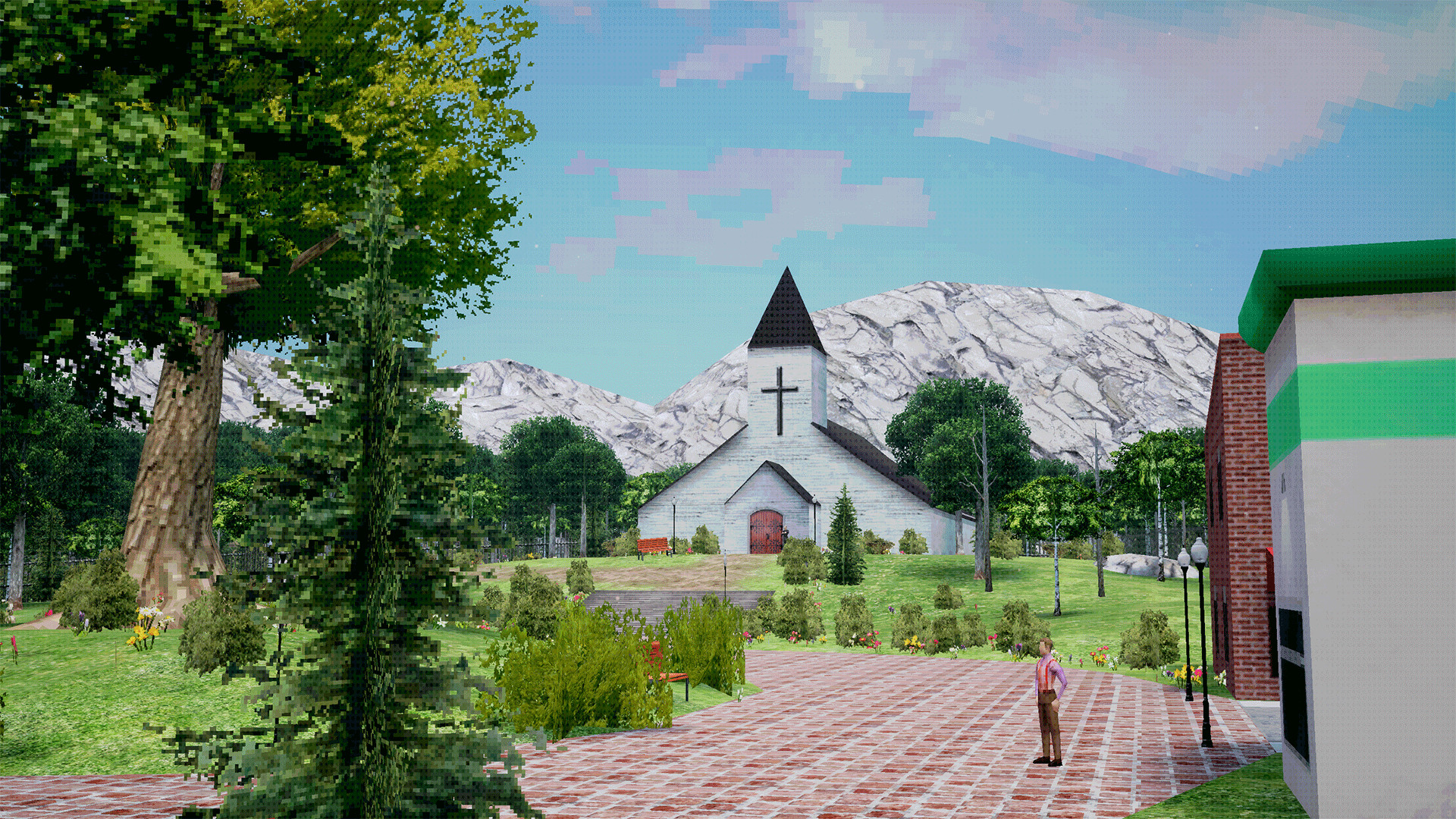 Considered by many to beIrelands most famous haunted locations, Leap Castle was built more than 400 years ago in 1532. Like most castles, it enjoys a long and bloody history, but in the case of Leap Castle things got a little more personal when brother turned against brother in a fight for ownership. The feud culminated in murder when one brother killed the other who was a priest, slaying him with a sword in his own chapel, in front of their entire family. Since that day the chapel has been known as “Bloody Chapel”.

Among the many spirits that are said to reside at Leap Castle, the most famous is that of a dark and evil creature called an Elemental. It’s the size of a sheep and has a human face with black pools for eyes, and it smells of rotting flesh.  It appeared around the time archeologists discovered a hidden oubliette in the castle dungeon. The oubliette was used to execute prisoners who were pushed into a pit, falling eight feet onto spikes coming up from the floor. Within the uncovered pit, the remains of over 150 bodies were found. Did the disturbed remains call the Elemental to the castle? Some believe so. 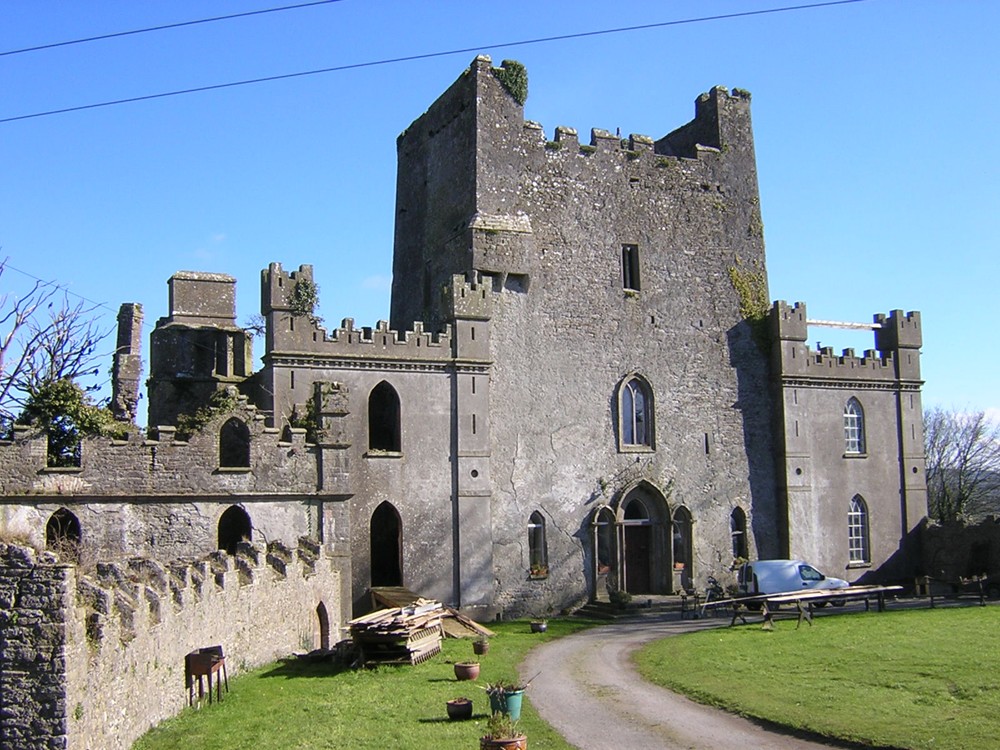 During a call-in session on the popular Coast to Coast AM radio show, a man named Mel called claiming he had discovered a mysterious and infinite hole on his property near Ellensburg, Washington. Quickly dubbed Mel’s Hole, the strange tale of a bottomless pit and its paranormal powers has grown into an enduring urban legend. Mel told the stunned radio hosts that the nine-foot wide sinkhole on his property had a greater depth than 80,000 feet. According to his story, he had tied fishing line together and continued lowering it to a depth greater than 15 miles without hitting earth. He also claimed that the hole had the ability to restore life to dead animals. He told the story of a dead dog which he had thrown into the hole only for it to be tossed back out alive and well.

The identity of Mel and the existence of his never-ending hole have never been proven. To this day adventure seekers from around the globe still travel to Ellensburg in hopes of finding the infinite pit with the power to restore the dead to life. 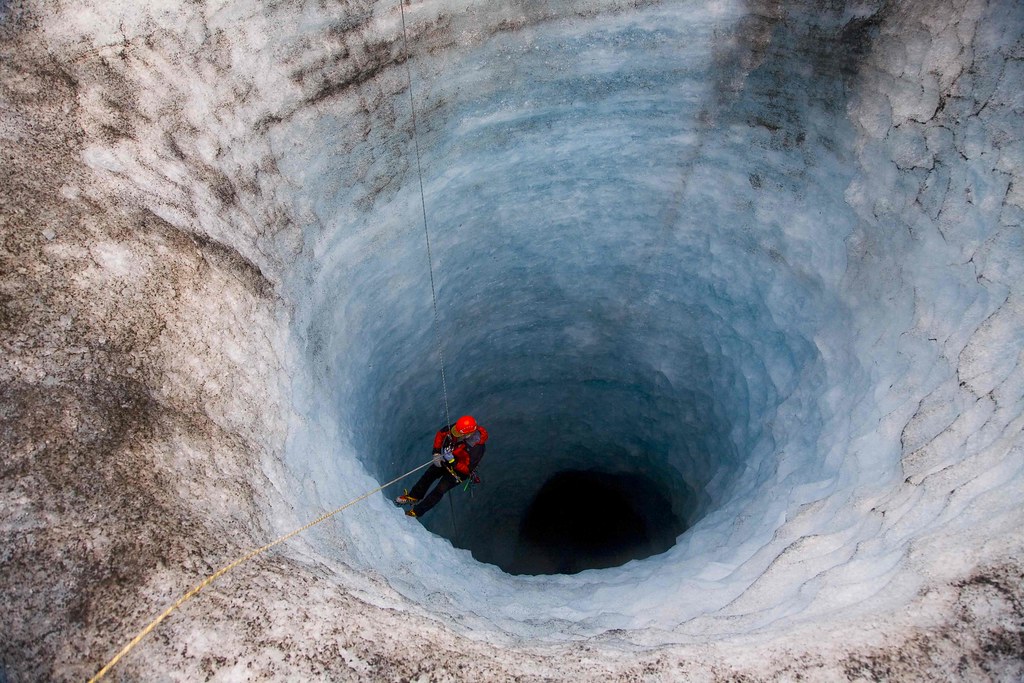 The Kabayan Caves located in the Philippines are man-made caves full of some of the best-preserved mummies in the world. Isolated for hundreds of years, the Ibaloi tribe of the northern Philippines mummified their dearly departed by making them drink a salty potion just before they died. After death, they smoked the bodies over an open fire completing the mummification process and then placing them into the hand carved caverns to rest for eternity. The underground burial chambers of these “fire mummies” were rediscovered in the 20th century and quickly became a hot spot for curious tourists. That is until some of the mummies began to be stolen. Locals believe the Kabayan region is now cursed because the mummy of a heavily tattooed tribal chieftain was stolen for a circus sideshow. 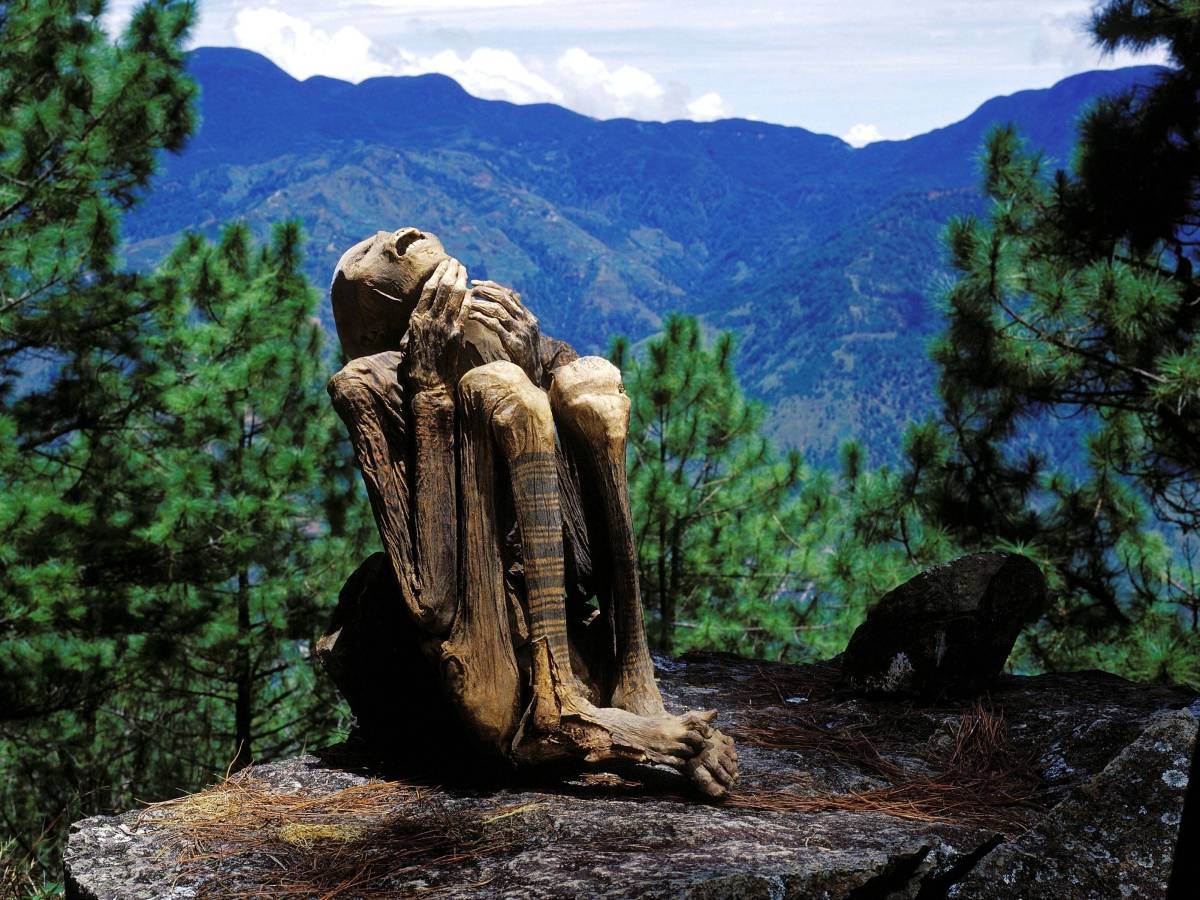