Here are the Top 7 Most Beautiful Castles in Spain

Most castles in Spain are built solid and look scary. Most of them were not built to look pretty because they have to be practical. The castles need to withstand sieges from the Moors to other kingdoms. The residents of castles are more often political hostages of the ruler though sometimes, royal families lived in them for short periods. These castles can help explain the military strength of medieval Spanish kingdoms.

Here are seven of the most formidable but beautiful castles in Spain.

The Lorca Castle was made to be a defensive fortress. The design worked because it was never taken by invaders. Though the castle’s exhibit today deals with how to storm a castle. Lorca was built on a former Muslim citadel. It’s a heritage center area known as Fortress of the Sun. The exhibits of the castle are spread over a large area in Murcia Province. 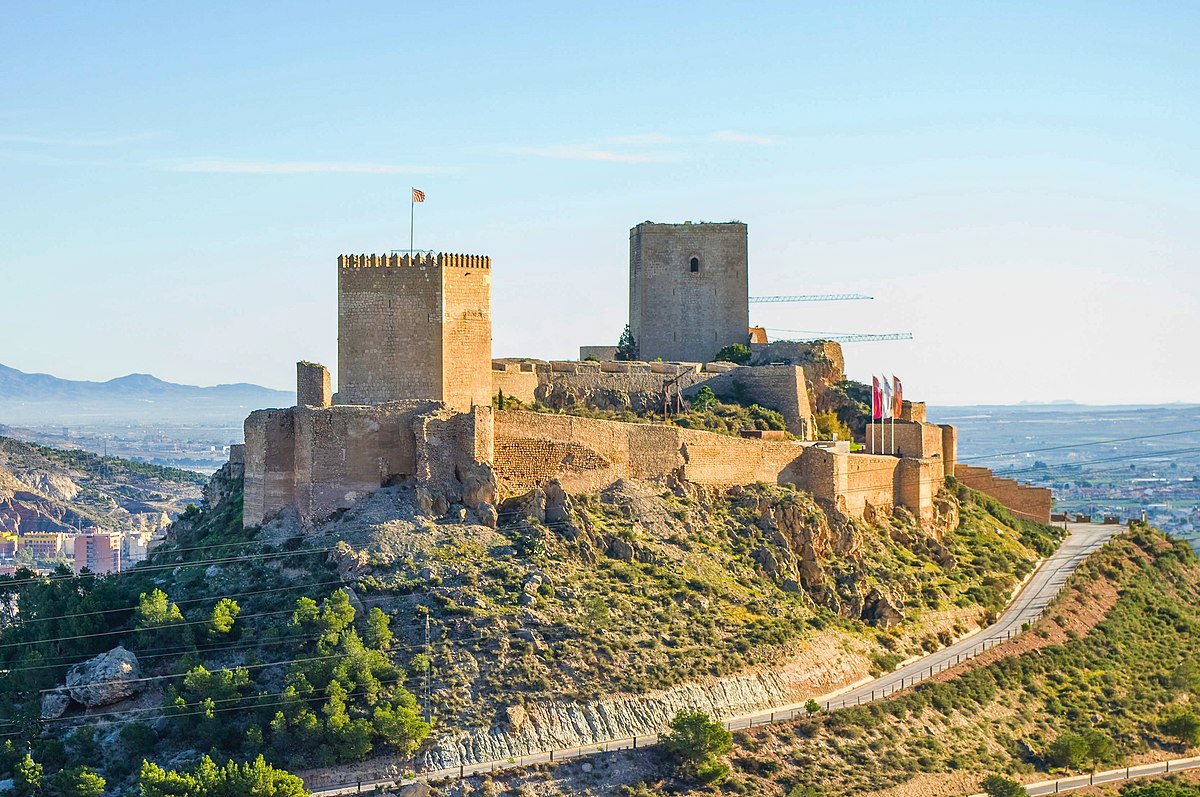 his castle dates back to the eleventh century. Castle of La Mota is a reconstructed fortress. The kings of Castile and Aragon fought over this structure for centuries. The Castilian are currently holding the castle since the fifteenth century. The castle was built atop the Medina del Campo in Valladolid Province. To enter the castle, people in the olden times had to cross a drawbridge.

At one time, the castle was turned into a prison that held famous prisoners like Hernando Pizarro, a conqueror of Peru, and Cesare Borgia. 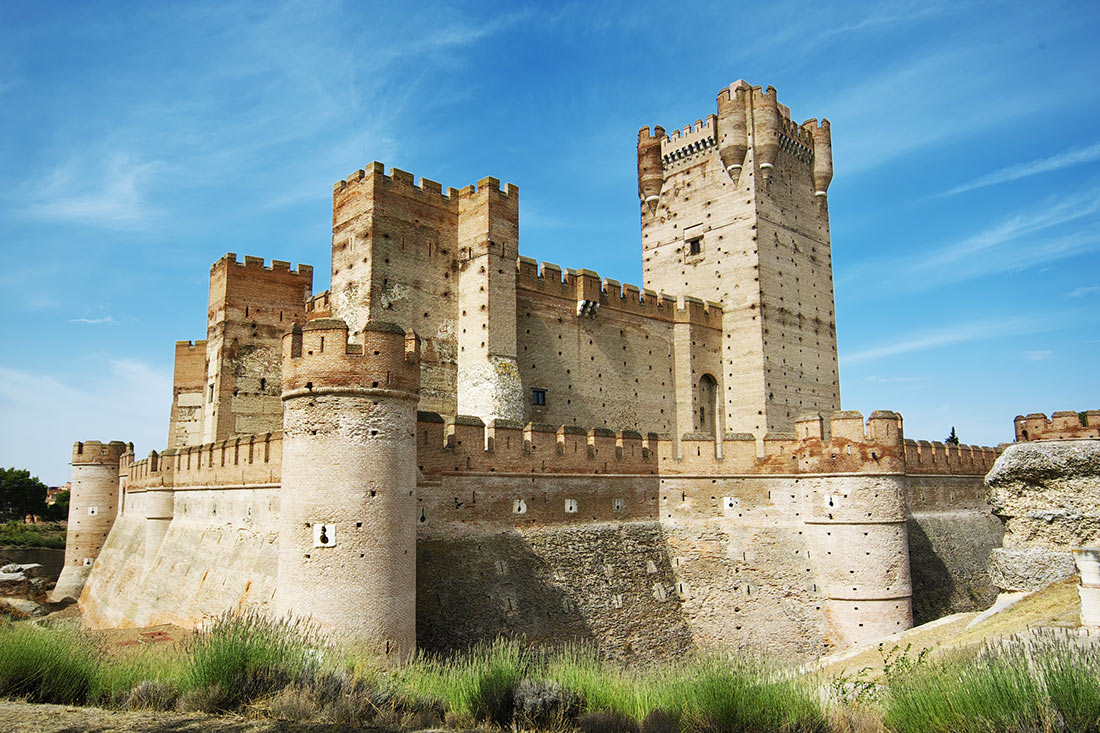 This castle is built on a hillside, making its design unique. The castle has only three sides because the hillside provides natural defense against invaders attacking from the rear. Coco Castle’s architecture was influenced by the Moors although it was built by Christians in the mid-fifteenth century. The castle is one trip away from Segovia, and it is open to the public on guided tours. The exterior of the castle is virtually unchanged, but the interior was destroyed during the last century. 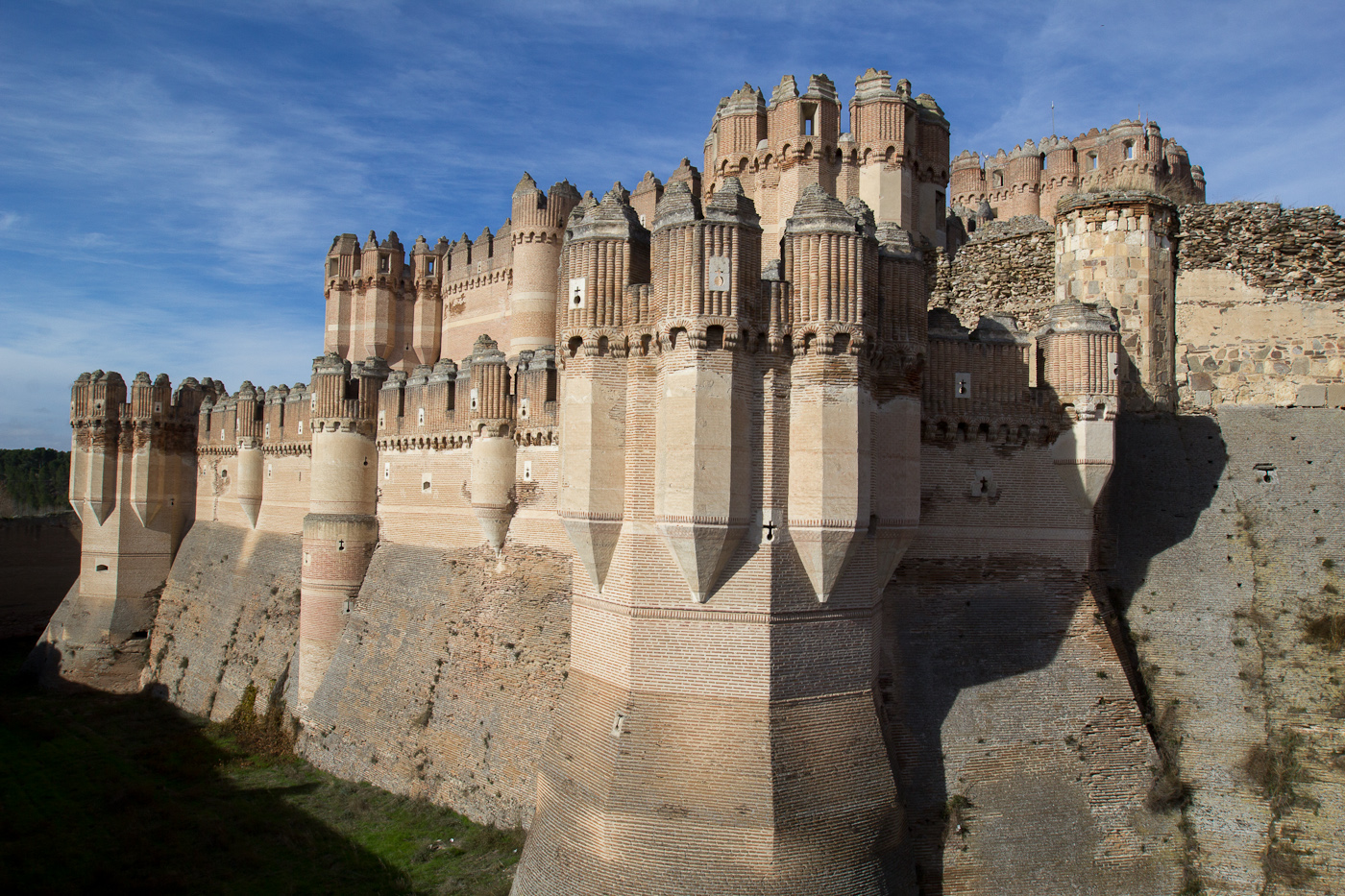 This castle is located at the island of Majorca, an island just off the coast of Spain. It is quite unique in Spain and Europe because of its circular shape. The walls and the towers of the castle and the castle itself are all circular. The castle was built in the order of King James II of Majorca during the fourteenth century. The castle is surrounded by forests and became the symbol of the city of Palma. 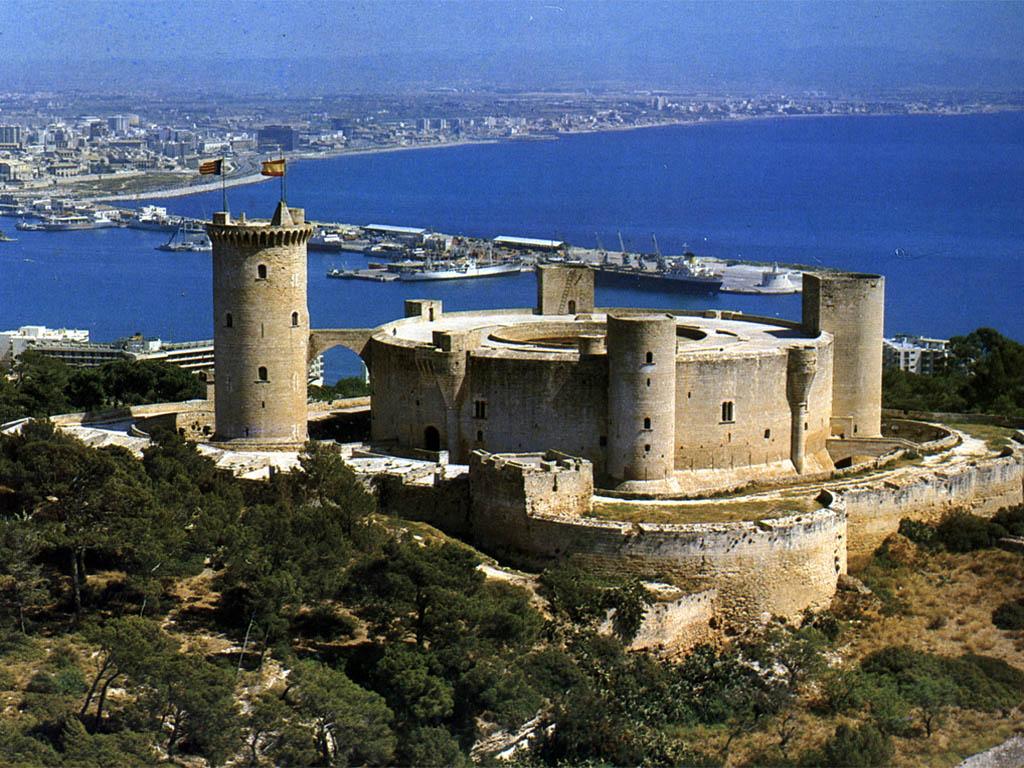 Just like any other fortress, the Alcazaba of Almeria in southern Spain sits on a hilltop that overlooks the entire city. True to its name “alcazaba,” which is derived from an Arabic word that means “walled fortification,” the castle served as a formidable fortress. It was built by Muslims during the tenth century, but the Catholics added more structures to the castle later on. 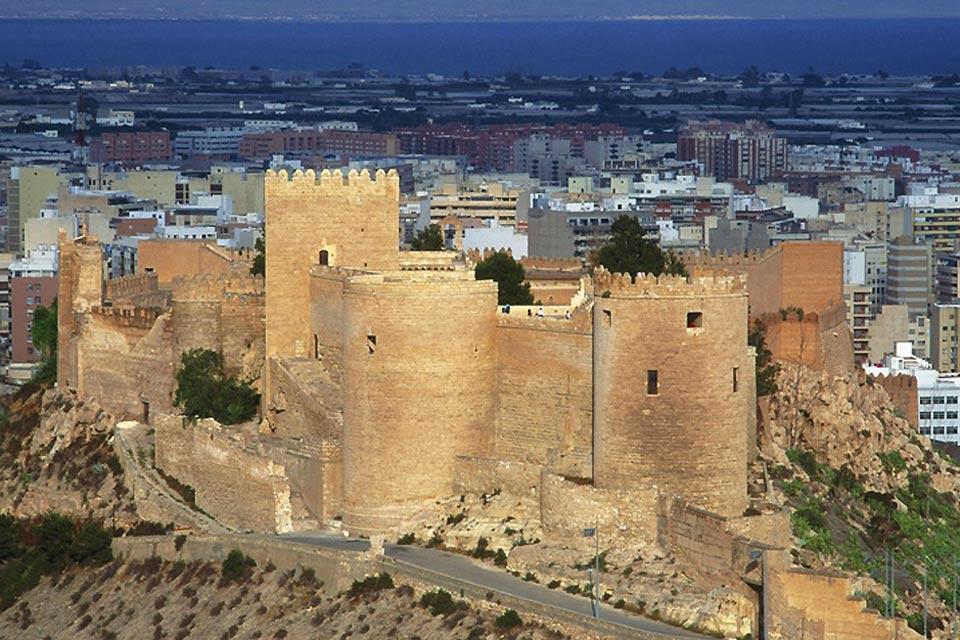 This 150-meter-long castle sits on top of a hill in Penafel town in Valladolid Province. It has a 30-meter-high keep, that’s why people say that it resembles a ship. Built during the fifteenth century, the fortress is transforms into an imposing figure when lit at night.

Today, the castle serves as a wine museum. Guided tours are conducted on one wing of the castle. 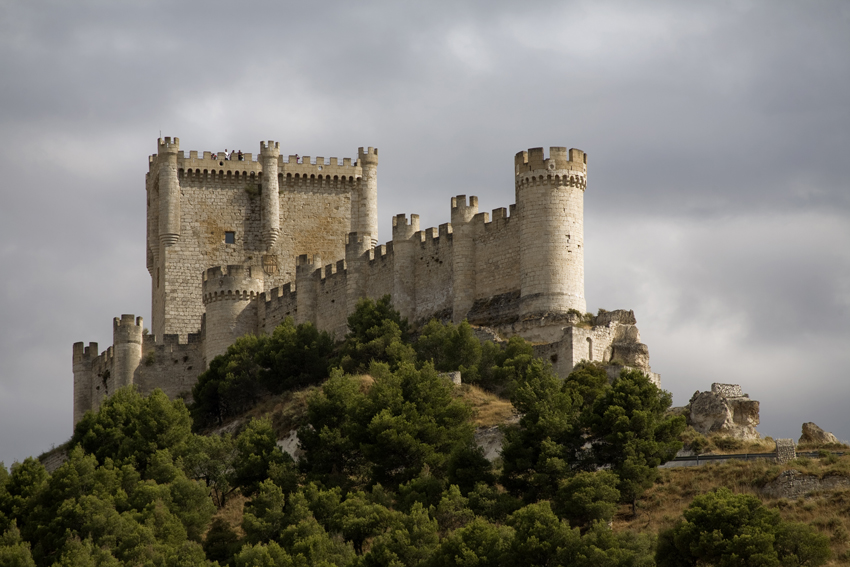 Located at the kingdom of Navarre on the northern part of Spain, Olite Castle is also called as the Palacio Real de Olite. It was built on the first-century Roman ruins. Various monarchs added more structures to the original one over the years, using different architectural styles, eventually making the castle something of a blend of different castle styles. The Spanish government has been restoring the castle since 1937. 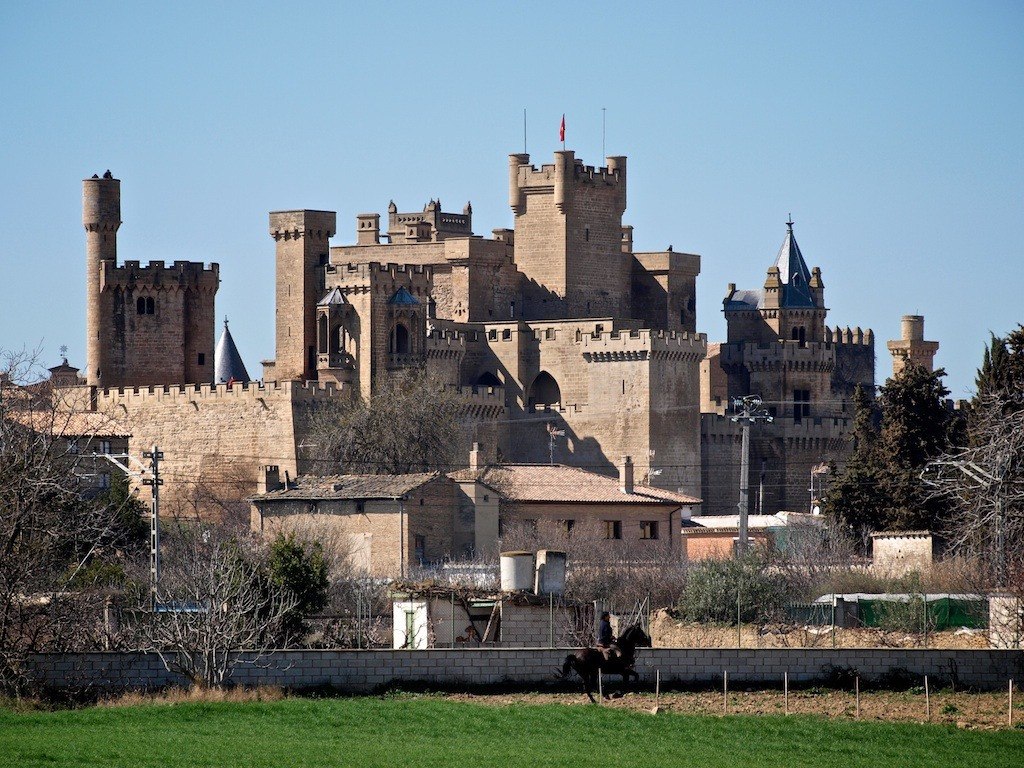