Unusual Animal Friendships That Will Give You All the Feels

There are some people who think animals are just that—creatures with no capacity for thinking and feeling. But that’s actually far from the truth, if we were to look at how they behave. Each of them, no matter their breed or species, has their own unique quirks and personalities. Even the way they interact with each other is proof that they have the capacity to love and show compassion for their fellow creatures, just like us human beings. They even have the capacity to form friendships like us.

While friendships between animals of the same species are cute and common, there have also been ties between creatures who we wouldn’t think would be friends with each other in the first place. 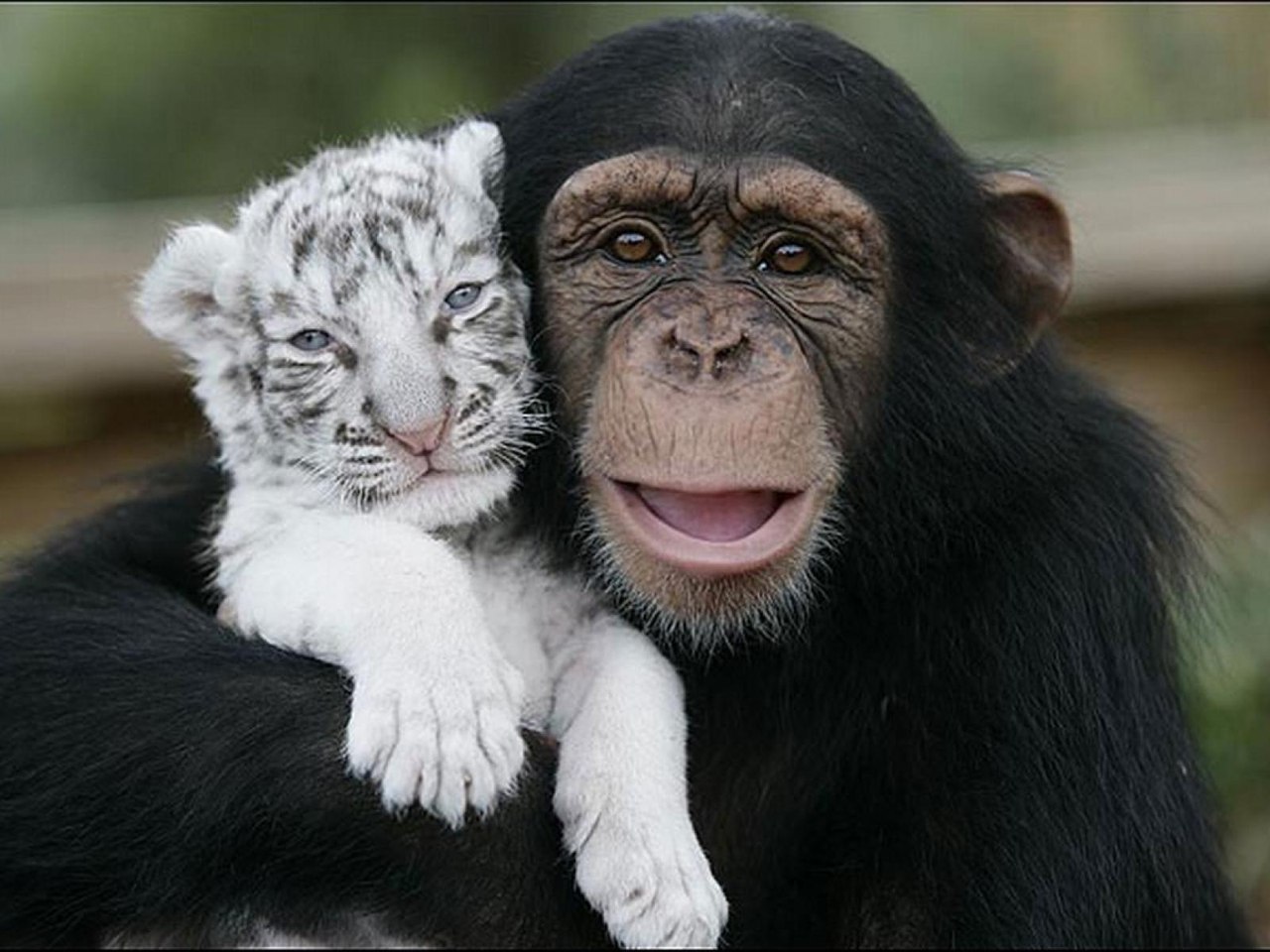 Bella the Black Labrador and Bubbles the African Elephant

You can only imagine the great disparity in size, but such a difference didn’t matter to Bella the black Labrador and Bubbles the elephant when they met. They met at a US safari reserve; Bubbles had just been rescued from ivory poachers back in Africa while Bella had been left at the reserve by a contractor. They became fast friends, and they still show a close relationship to this day, with Bella sometimes using Bubbles as a diving board. 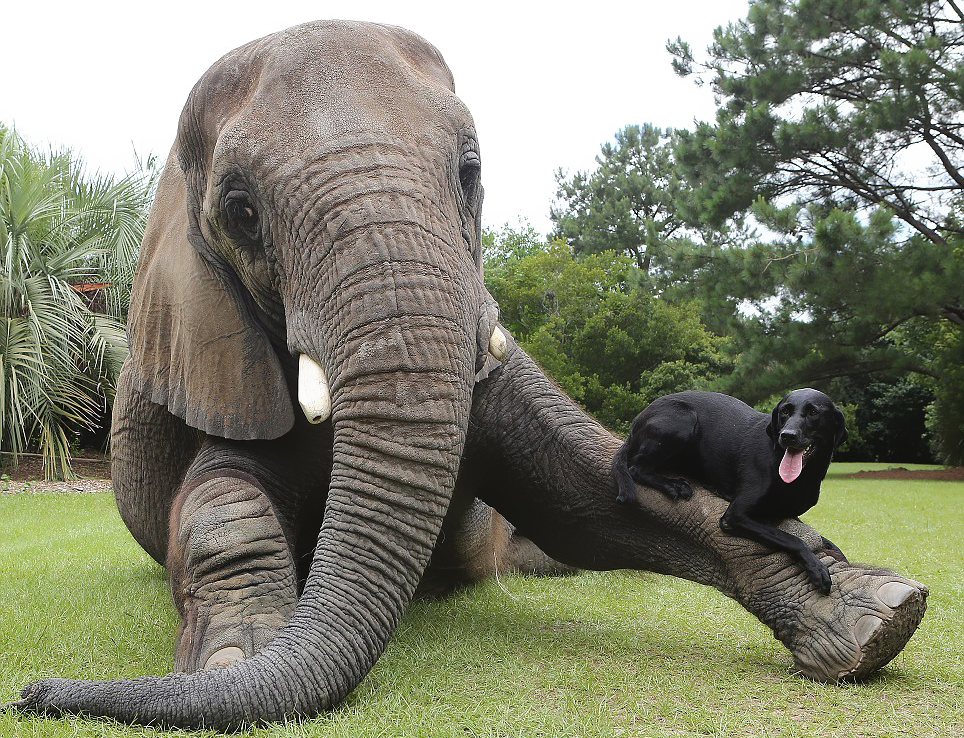 Mabel the Chicken and Her Puppies

Another unlikely friendship is that of Mabel the chicken and two puppies. Mabel had suffered from a foot injury and was brought into her owner’s house to help her heal, thus saving her from the pot! It was then that she met the puppies, and she has taken on a sort of maternal role toward them, roosting on them and generally keeping them warm while their mother runs around the backyard. 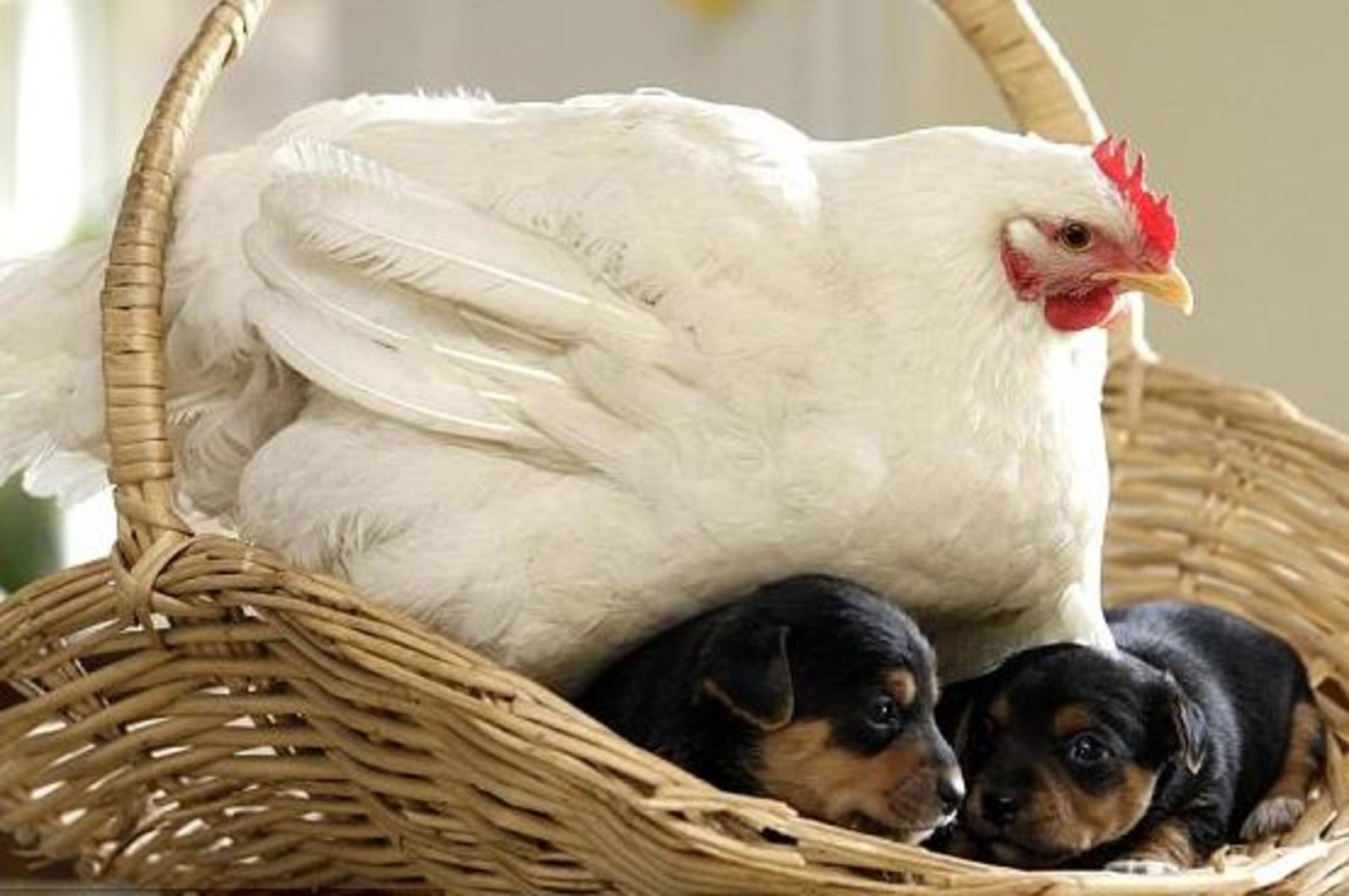 Baloo the Bear, Shere Khan the Tiger, and Leo the Lion

This story of friendship is truly one that you could say is “one for the books”—pun totally intended. In Rudyard Kipling’s classic novel The Jungle Book, the characters of Shere Khan and Baloo are totally at each other’s throats. That’s far from the case, however, with their real-life counterparts who, along with a lion named Leo, have a close and special bond due to their time together being under the care of an abusive drug dealer. They were rescued and are now under the care of the Noah’s Ark Animal Sanctuary, where the trio live happily together. 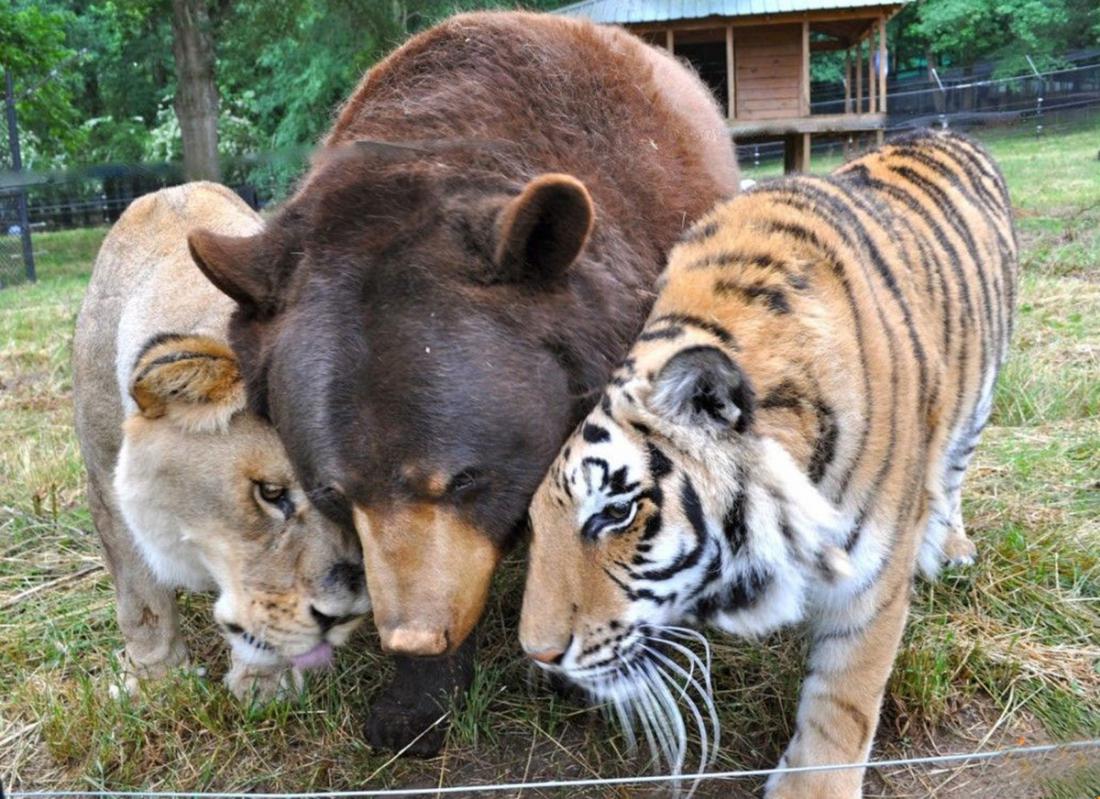 Anjana the Chimpanzee and Her White Tiger Cubs

Anjana is a chimpanzee residing at a US animal reserve under the care of her caretaker, China York. But she’s more than just a resident there as she also helps China raise the many orphaned animals she takes in. She has served a maternal role to many of them, especially to two white tiger cubs who had been separated from their mother after their original habitat flooded. 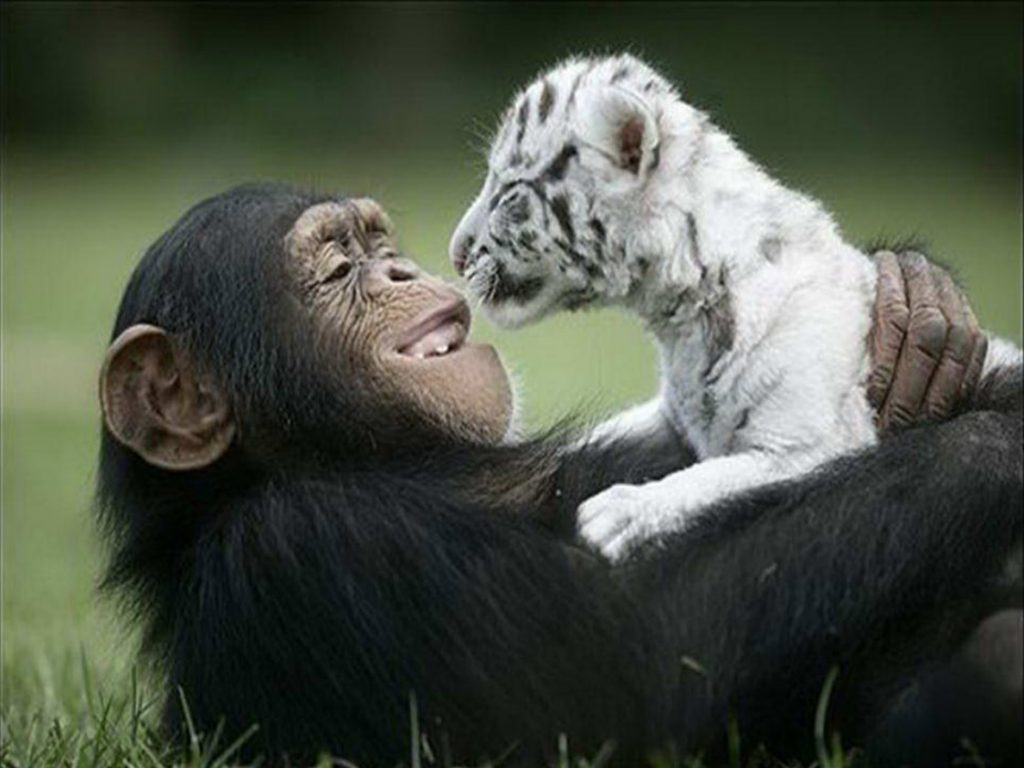 Mtani the Labrador and Kasi the Cheetah

Mtani and Kasi have been friends since their youth, back when Mtani was still a pup and Kasi, a cub. For those who knew and took care of them at Bush Gardens in the US, it was definitely a treat watching them play and interact with each other. They were such close friends that they were practically brothers. As of recent, however, Kasi has been preoccupied with the female cheetahs next to their pen. But they’re still very good friends and still have adventures together. 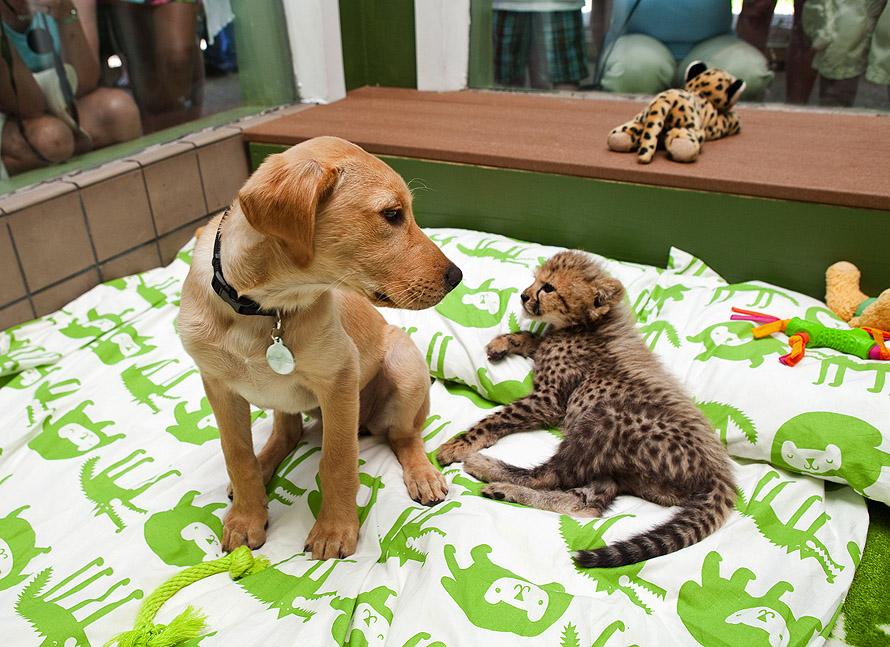